Ten out of the 12 under-18s who were arrested for terrorism last year were linked to extreme right-wing beliefs, police figures show.

The proportion is high compared to data for all age groups, which shows that 20 per cent of terrorism arrests in the year to June 30, 2020, were linked to the ideology.

He told the PA news agency: “There has definitely been a growth in nationalistic material online, white supremacist literature, things that are extremely disturbing in the extreme right-wing space.

“Many of which do hit criminal thresholds, some of which is designed to entice people into closed groups where criminality and Nazi ideology is being discussed. It does seem to be having an effect on younger and younger children.

“In our case work in the extreme right-wing space the subjects of interest to us do appear to be younger.”

He added: “My warning has always been that the Islamist threat is still the greatest threat we face, but the one that’s growing fastest, from a relatively low base, is the right-wing terrorism threat.”

A new website – actearly.uk – is being launched to help concerned parents get advice on how to deal with teenagers who may be showing signs of radicalisation, along with a new national Police Prevent Advice Line on 0800 011 3764.

Mr Basu said: “We have seen young and vulnerable people both with complex psychological needs, but also just young and curious, being drawn through mainstream websites into encrypted chat rooms and closed groups.

“That’s when the really serious radicalisation and extreme ideologies start. It is entirely possible for those people to be groomed and radicalised in a very, very short period of time.”

Figures show that a total of 12 under-18s were arrested for terror offences in 2019, of whom ten were linked to extreme right-wing beliefs.

In the 18 months to June 30, 2020, a total of 17 under-18s were arrested on suspicion of terrorism, some as young as 14. Police said most will have been radicalised entirely online.

During that period police say 1,500 children under the age of 15 were helped by the Prevent programme, a government scheme to divert people away from terrorism.

Concerns have been raised that lockdown conditions have given extremists more opportunity to radicalise children.

Mr Basu said: “I’m worried that the radicalisation of some of the most vulnerable people in our society, namely our children, is happening by online groomers and terrorists both from the Islamist and extreme right-wing ideologies.

“It’s that online radicalisation, the explosion of online and technological devices in people’s hands 24/7, on top of the pandemic, which has effectively led to a lot more time people are spending on those devices, locked in their rooms away from their protective influences, while they’ve been out of school or out of colleges.

“It’s all given more time for their radicalisation to take place. The people who are going to stop it are the people who love them the most, who are the friends and family that see that change in behaviour.”

However, currently just two per cent of referrals into the Government’s Prevent programme come from that group.

Mr Basu said that if people do not want to speak to the police, the website has details of third parties including well known charities that have trained advisers who can help.

“I have some sympathy with parents who don’t understand or know how to monitor their child’s activity online and don’t know how to step in.

“The best technique has got to be ‘prevention is better than cure’. Let’s reach people before they get to the stage where they cross the Rubicon into terrorism. 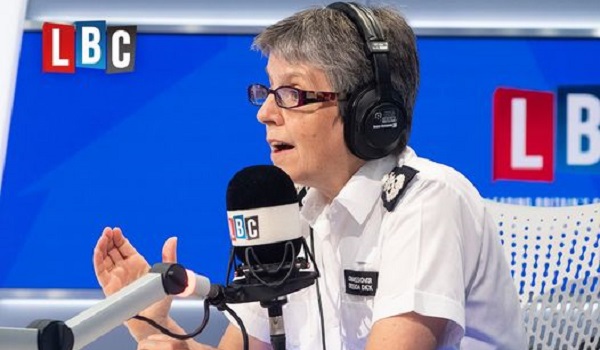