Improved image clarity has been one of the most important breakthroughs in X-ray technology in recent years.

Improved image clarity has been one of the most important breakthroughs in X-ray technology in recent years.

Improvements in X-ray sources and detectors, together with some very clever processing tricks, have virtually eliminated the problem of poor resolution. Now, details smaller than 0.2mm can be detected easily.

This represents a real breakthrough in crime-fighting situations. Previously if a suspect package was identified, the main decision was typically where to position it to conduct a controlled explosion. But with the growing risk of a dirty or biological device, improved detection data is vital. Extra clarity makes detection much easier and leads to a real reduction in false alarms.

Melton Mowbray-based 3DX-RAY has just unveiled its real-time, portable X-ray bomb and threat detection  the TPXi  using the same technology that it employs in its 3D baggage inspection system.

Both of these tools were developed in close collaboration with the Home Office and organisations such as British Transport Police (BTP) to provide high-level protection for the public in the fight against terrorism.

The latest 3D X-ray technology provides a major security advance in detecting bombs, knives, guns and other suspect devices that are left in bags at airports, on railway platforms or in sports stadiums. Already the US Transport Security Administration, which is responsible for security across all areas of Americas transport infrastructure, has seen significant improvements in security screening during a trial of the 3D baggage inspection technology.

Nick Fox, managing director of 3DX-RAY, explained: 3D X-ray technology is an area where the UK already leads the world. It allows you to untangle items visually and decipher exactly what you are looking at  in the same way we do with normal eyesight. The complimentary lightweight TPXi technology is already used by the BTPs rapid deployment teams for checking bomb and other threats across London.

Supt Phil Trendall of BTP said: Our officers are in the frontline protecting the transport infrastructure against terrorist attack. The new TPXis image quality and wireless capability are particularly important in terms of maintaining our ability to manage the high levels of unattended items reported within the rail environment.

We believe this new capability will enhance significantly the service we can provide the travelling public.

Weighing as little as 8kg, the detectors can be handled easily  even when wearing cumbersome body armour. They are also much larger and thinner. No longer constrained to the typical A4 sized detectors, the new panels have more than four times the imaging area, making it possible to image the whole suspect package in one shot, and at just 5cm thick, the TPXi can be slid beside a suspect bag that has been left close to a wall.

Wireless connection allows the operator to drop the detector in place then move quickly away to view the results in safety.

By taking more than one image at a time, from positions about as far apart as human eyes, the software can reconstruct a 3D image in real-time, helping to recognise a dangerous device with greater accuracy.

Dual-energy X-ray detectors used on the TPXi system can differentiate between materials, particularly between organic (such as plastic explosive or biological threats) and non-organic materials (such as the metal used in guns and knives).

Automating image processing is the latest advance being developed for the detectors which will allow the auto-identification of the huge variety of shapes, combinations and objects that a terrorist can use to build a bomb, gun or other device. 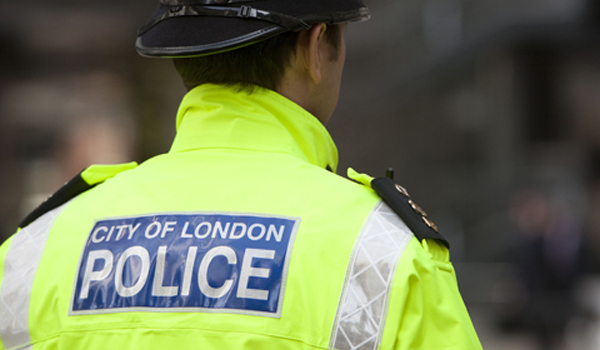