Today, the UK is leading the world in this technology, building on the aggressive adoption of CCTV. However, if that position is to be retained it is essential that police forces across the country implement consistent, standards based processes and operating procedures that enable video evidence to be seamlessly integrated into the criminal justice system.

Today, the UK is leading the world in this technology, building on the aggressive adoption of CCTV. However, if that position is to be retained it is essential that police forces across the country implement consistent, standards based processes and operating procedures that enable video evidence to be seamlessly integrated into the criminal justice system.

The Home Office has taken a positive step by making funds available for this technology and providing guidance in its adoption that includes the need for secure, robust audit trails. The benefits are proven in reducing anti-social behaviour and improving both officer productivity and safety. Now, as they look towards a widespread deployment, the police must take a process led approach and deploy the necessary media management software before taking the plunge and specifying large volumes of video hardware.
Specially modified police jackets house all the necessary equipment and cabling necessary for a body worn video wireless solution.

A body worn camera (in this case shoulder mounted) is connected to a lightweight recorder for evidence gathering by the officer wearing the equipment. The recorder is in turn connected to a video and data transmitter which encrypts the signal.

A GPS receiver sewn into the jacket receives positioning information which is sent back via the transmitter providing updates every two seconds.

The four separate channels of video and data are received back at the command centre which monitors of any or all of the feeds using a split screen. The video feeds are recorded onto a multimedia management tool which allows easy logging and reviewing of specific incidents.

Recordings made by the officer are handled by Reveal Medias CARMA system which enables simple management of media created by bodyworn video recorders, allowing forces to tackle everyday issues related to the storage and retrieval of large volumes of vital video evidence. With the introduction of network capability, the latest version, CARMA 2.0, allows video material to be securely stored and accessed from any PC within a force. Additional security features have also been added including a unique digital fingerprint of every video file.

 The £3 million funding for a national roll-out of head camera technology followed an independent evaluation of a pilot project in Plymouth by Devon and Cornwall Constabulary.

Plymouth Basic Command Unit (BCU) commenced an extended use trial in October 2006 with 50 head mounted cameras being used in as many operational situations as possible by the 300 trained staff in three sectors of the BCU. Other forces across the UK also commenced small-scale use of the system.

The report showed that use of body worn video devices led to an increase in the proportion of crimes where the offender was brought to justice compared with incidents where the cameras were not used.

The Home Office identified the most effective practice in the use of this technology and published guidance for forces  Guidance for the police use of body-worn video devices. This seeks to standardise practices in the use of the technology. It can be downloaded at http://police.homeoffice.gov.uk/operational-policing/ technology-equipment/body_worn_camera/ 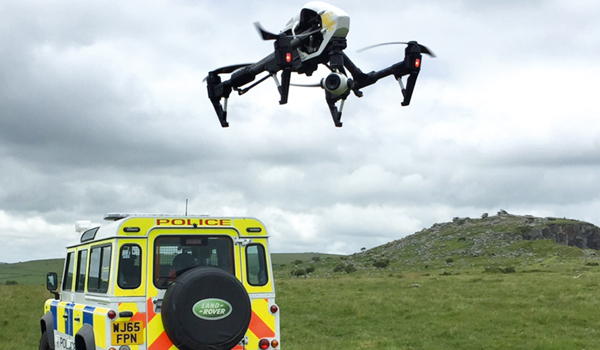