The Police Service of Northern Ireland (PSNI) has welcomed today’s decision (January 15) by the Court of Appeal to increase the “unduly lenient” prison sentence of a woman convicted of the attempted murder of a police officer in 2013. 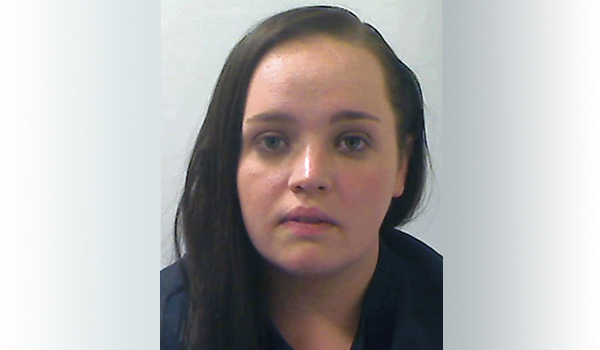 The Appeal judge said Christine Connor had employed “cunning and deceit” to lure PSNI officers to the scene where two improvised explosive devices were thrown.

The court also dismissed Connor’s attempt to overturn the guilty verdict for the “appalling crimes”.

In August last year, the convicted terrorist was jailed for 20 years with an extended licence period of four years. She also received concurrent sentences for causing an explosion likely to endanger life and other offences.

Following the dismissal of Connor’s appeal against conviction and sentence, her sentence has been increased to 25 years imprisonment accompanied by the original extended licence period of four years. She will also serve 15 years in prison for related explosives and terrorism offences, to run concurrently.

Detective Superintendent Richard Campbell, of the PSNI’s Serious Crime Branch, said: “We worked tirelessly over seven years to bring Christine Connor to justice for the heinous crimes she committed. Today’s judgment demonstrates that those who engage in abhorrent plans to kill our police officers, while those officers work tirelessly to protect our communities, will be brought to justice and can expect to receive lengthy sentences from our courts.”

Officers had been responding to a ‘999’ call on May 28, 2013, reporting a domestic assault on a “frightened and vulnerable female”. This call was made by what appeared to be a very distressed victim, said the PSNI. Officers were despatched to the address given and when they exited their vehicle two improvised explosive devices were thrown.

“Thankfully neither of the officers were seriously injured, however, they were left extremely traumatised by this horrific experience. It is good fortune that an officer was not killed that night,” said Det Supt Campbell.

“Christine Connor callously made a call for help, pretending that her boyfriend had assaulted her and was ‘smashing up the house’. She exploited an all too familiar situation that victims find themselves in, domestic abuse, knowing that police officers would respond immediately to that call for help.

“The officers were responding to what they believed was a woman in fear of an abusive partner. They never expected to be the victims of an attempted murder bid that day when they left their homes to come on duty. Their primary focus was on keeping people safe and coming to the assistance of those in most need. Thankfully they got to go back home to their loved ones that day.”

Det Supt Campbell added: “Christine Connor did not care who she hurt or injured as she attempted to kill an officer, as is demonstrated by the Appeal judge’s assessment that she had a ‘reckless disregard for the safety and lives of innocent residents and other civilians, such as passing motorists, in a residential area’.

“The court also made reference to the ‘cunning and deceit’ employed by Ms Connor to lure two police officers to the scene, her ‘extensive planning and preparation’, her ‘central role in throwing the pipe bombs’ and her ‘lack of remorse’.

“Christine Connor tried to have her conviction and sentence for these appalling crimes overturned but the court comprehensively dismissed her appeal and instead she now faces an increased period in prison. I welcome the fact the Director of Public Prosecutions referred the previous unduly lenient sentence to the Court of Appeal, and that view has today been vindicated.”

Det Supt Campbell said he hoped the Court of Appeal outcome “sends a clear message to anyone planning on engaging in murderous activity against police officers, or any other public servants working to keep our communities safe, that there is no place for this in Northern Ireland”.

He added: “Our communities want to thrive and not be dragged backwards by self-serving violent terrorists.

“I would like to pay tribute to the excellent joint working between the PSNI, the West Midlands Counter Terrorism Unit and other UK police services who worked together over the years to bring Christine Connor to justice.”

The Police Federation for Northern Ireland tweeted it was “a great result having this dangerous individual’s sentence increased”, adding: “[It] Sends out a clear message to those intent on murdering police and will bring some comfort to our PSNI colleagues who she tried to murder.”