A court decided a woman was guilty of fraud after taking advantage of a flaw in a voucher system run by Britain`s largest grocer. 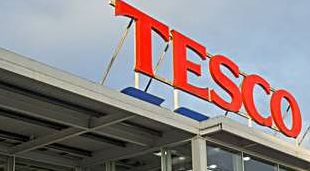 A court decided a woman was guilty of fraud after taking advantage of a flaw in a voucher system run by Britain`s largest grocer. Angela Rogan redeemed Tesco supermarket vouchers several times when they should only have been used once  amassing £955 worth of goods. She told the Police Service of Northern Ireland (PSNI) she did not believe this was dishonest and claimed she was “simply taking advantage of a flaw”. But District Judge John Meehan sentenced “career thief” Rogan to three months in prison after Dungannon Magistrates Court heard she had convictions for dishonesty dating back to her teens. Despite five sets of suspended sentences she continued to offend, the court was told. Rogan, 41,of Lisburn, Northern Ireland, pleaded guilty to one count of fraud by false representation and eight counts of possessing articles for use in connection with fraud. The offences occurred on September 21, 2013 when she handed over coupons ranging from £3 to £5 each. These were used as part-payments for various goods including cosmetics, nappies and washing powder. The court was told the PSNI was called to Tesco in Cookstown after a manager became suspicious of the excessive amounts of vouchers Rogan was submitting for reductions on goods. He challenged her on the validity of the vouchers and refused to accept any further transactions. Rogan left the scene, driving off in a vehicle that was later traced to her home. She was questioned about the vouchers and claimed to have purchased them on eBay and understood they were genuine. Meanwhile, the vehicle was searched and police recovered £955 of goods including large quantities of baby wipes, nappies, deodorants, washing tablets and ink cartridges. A number of other discount vouchers were discovered, which were examined and found to be duplicates. Rogan maintained her belief the vouchers were genuine. However, she admitted being aware of a flaw in vouchers for one particular supermarket chain, whereby they could be redeemed several times when it should only have been single use. District Judge Mr Meehan expressed dismay at Rogan`s “long and prolific record for theft and dishonesty” and noted she had been dealt with lightly in the past. He was also critical of her refusal to co-operate with probation services for a pre-sentence report and had attended court previously with two infant children  a move designed to invoke compassion, according to the judge. He remarked: “There is something exasperating about a woman who brings her children to court when she is to be sentenced for her persistent criminal offending career.” In addition to the jail sentence, she was ordered to pay fines totalling £400. She attempted to speak out from the dock but Judge Meehan silenced her, adding: “I get the impression you feel you can talk your way out of everything. The matter is closed.”