The death of a mother-of-two who was knocked over and killed by a bicycle courier has brought “radical changes” to the UK`s road laws a step closer. 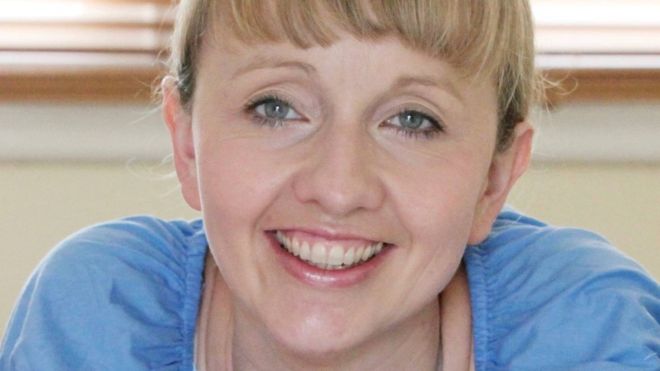 The death of a mother-of-two who was knocked over and killed by a bicycle courier has brought “radical changes” to the UK`s road laws a step closer. The Government today announced a review into whether additional legislation is needed to tackle dangerous cycling. An extra string to the review`s bow will look into the rules of the road, public awareness, guidance and signage in 21st century Britain. Charlie Alliston, then 18, was travelling at 18mph on a fixed-wheel track cycle with no front brakes before he crashed into 44-year-old Kim Briggs as she crossed a busy street in London in February last year. Prosecutors took the unprecedented step of bringing a manslaughter charge due to the unusually grave circumstances of the case. Although cleared of manslaughter, Alliston was sentenced to 18 months in jail on Monday (September 18) after being found guilty of causing bodily harm by wanton and furious driving, a crime under the 1861 Offences Against the Person Act which carries a maximum sentence of two years in jail. The Victorian law, originally drafted to deal with reckless handling of horses, was used because there is no cycling equivalent in law of the offence of causing death by dangerous driving. After the conviction, Mrs Briggs` widower Matthew Briggs called for the introduction of new legislation, including causing death by dangerous cycling. On Thursday (September 21), Mr Briggs fully welcomed the review ministers are now considering, adding that the case of his wife highlighted a huge gap in the law. He said: I am grateful to the Government for acting so swiftly, and am looking forward to helping the review in any way I can and getting these laws on the statute book. Kim was by no means the first person this has happened to, but I think what Kims case has done is highlighted a huge gap in the law between one from 1861 at one end and manslaughter at the other end. “Manslaughter could only be brought because these were a rather unique set of circumstances, otherwise they would have been left with the Victorian law. The review is likely to bring a response from cyclists, who point out that more than 100 bike users are killed and 3,000 seriously injured on British roads each year, compared with two pedestrians killed and 96 seriously injured when hit by a cycle in 2015. Causing death by dangerous driving can be punished by up to 14 years in jail, but it was not immediately clear what maximum sentence ministers envisage for any new cycling offence. Announcing the review, Transport Minister Jesse Norman said: Although the UK has some of the safest roads in the world, we are always looking to make them safer. Its great that cycling has become so popular in recent years but we need to make sure that our road safety rules keep pace with this change. We already have strict laws that ensure that drivers who put peoples lives at risk are punished but, given recent cases, it is only right for us to look at whether dangerous cyclists should face the same consequences. Weve seen the devastation that reckless cycling and driving can cause, and this review will help safeguard both Britains cyclists and those who share the roads with them. The review is due to report conclusions on the proposed new offence in the New Year, based on independent legal advice. A second phase will then involve a wider consultation on how road safety can be improved for cyclists, pedestrians and motorists. It will consider the rules of the road, public awareness, guidance and signage and will take evidence from a range of road safety and cycling organisations, as well as the general public. Since the Government trebled spending on cycling between 2010 and 2017, there has been a huge increase in the number of bicycles on British roads. Paul Tuohy, Cycling UKs chief executive, said: The consultation on road safety issues is an opportunity to keep cyclists and pedestrians safer. Cycling UK looks forward to working with the Department for Transport on this consul