Science derived from validating the authenticity of works of art is now finding a use in forensic science, including uncovering traces that have been intentionally hidden. 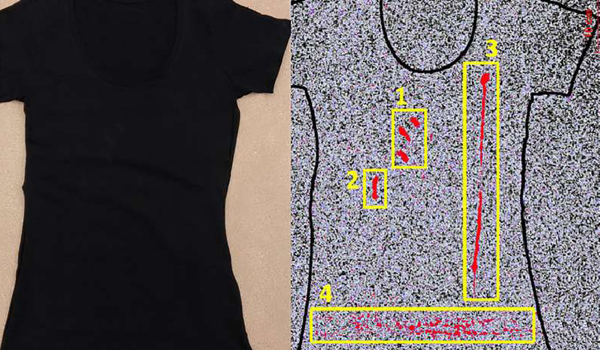 In 1968, art historians studying the Rembrandt portrait, An Old Man in Military Costume, made a startling discovery. The 2ft tall wooden panel depicts an old man in a feathered cap and metal collar with a slightly worried look in his eyes, but an X-ray revealed that the artist had painted this face on top of that of a much younger man. Two years ago, when the painting was acquired by the Getty Museum in Los Angeles, a second scan was ordered, this time using a far more advanced technology known as Macro X-ray Fluorescence (MA-XRF). The new scan was able to show exactly where certain elements turned up on the wooden panel, and at what depth. Matching the results with the chemical makeup of pigments Rembrandt was known to have used, the researchers could theorise as to the colours and shapes in his portrait of the youth. They were able to determine that the young man had a healthy pink complexion and wore a green cloak. Mercury, associated with vermilion, was strongly present in the facial area, together with lead that could blend the red to pink; lots of copper in the cloak suggested a greenish hue. The scan also revealed a field of iron particles in the shape of a collar, a previously hidden detail that allowed the team to fill in the picture a little more. Since then, there have been a number of advances in MA-XRF technology and now a team of Dutch forensic scientists has shown that it could be used to detect biological traces, including blood, sperm, urine and sweat, as well as complex gunshot residue patterns. The technology could also detect and image such traces on items of clothing that are too dark or too fluorescent for traditional techniques. This study clearly shows the potential of MA-XRF imaging for forensic science, wrote the studys authors in a report for the journal Scientific Reports. Benefits of XRF imaging in criminal investigations include the unique elemental contrast to detect and image trace patterns, the non-invasive nature of the imaging and the possibility of depth profiling which can reveal concealed evidence. The body fluid tests involved depositing samples donated by workers from the Netherland Forensic Institute. The blood, saliva, sweat, urine and semen were applied to various articles of clothing, including black T-shirts, pieces of white cotton and underwear  in the latter, a mixture of semen and urine was used to mimic the type of evidence likely to be found in a sexual assault case. Bloodstain patterns modelled on the drip of a bloody nose, a fingerprint, expirated blood and a specific impact pattern, were deposited on the items. As with the use of MA-XRF for scanning paintings, it is the elemental analysis that proves most useful  blood shows up through the chemical signatures of potassium, chlorine and iron; semen through potassium, chlorine and zinc; saliva mostly through potassium; and urine and sweat through potassium, chlorine and calcium. There were weaknesses, particularly since calcium could be deposited by incidental contact through spilt food and drinks, cosmetics, paint or inks, but overall the detections provided a clear guide for further investigation and the method is fully compatible with forensic DNA profiling as the scans do not affect the samples in any way. Although elementary sensitivity and fabric background levels vary, the results clearly illustrate how MA-XRF imaging can assist in detecting biological traces and direct sampling for further analysis such as DNA STR profiling, said the report. Additionally, the elemental images are of sufficient quality to forensically interpret patterns and spatial locations of the biological stains to assist in reconstruction and to test witness, victim and suspect statements. With the gunshot residue test, the scientists compiled key elements  lead, barium, strontium, potassium and chlorine  which together could determine different types of ammunition and even the order in which bullets struck their intended targets. The full and non-invasive elemental mapping of inta