Westminster knifeman wanted to be shot dead by police

A knifeman Tasered and arrested just yards from where Parliamentary Police Constable Keith Palmer was murdered by a jihadist was on a death by cop suicide mission, a court heard. 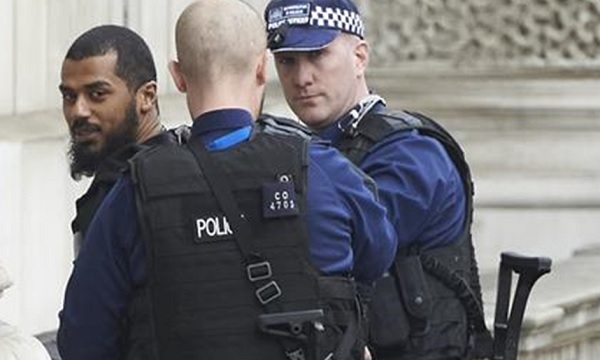 A knifeman Tasered and arrested just yards from where Parliamentary Police Constable Keith Palmer was murdered by a jihadist was on a death by cop suicide mission, a court heard. Eniola Mustafa Aminu was armed with a nine-inch kitchen knife as he approached the entrance to the Palace of Westminster on June 16. The 27-year-old, from Greenwich. was Tasered by officers near the Carriage Gates entrance. The powerfully-built 27-year-old fought as officers tried to detain him, Westminster Magistrates Court heard. Metropolitan Police Service Sergeant Jonathan Pope was left with cuts to his arm as he wrestled Aminu to the ground, believing he was dealing with a potential terrorist. The incident happened three months after Westminster Bridge attacker Khalid Masood stabbed to death PC Palmer as he guarded Westminsters Carriage Gates. Aminu pleaded guilty on Monday (August 21) to possessing an offensive weapon in a public place. He denied assaulting a constable in the execution of his duty and the charge was dropped. Prosecutor Sian Morgan said Aminu claimed he brought the knife because he wanted the police to shoot me. She added: He told medical practitioners he wanted to die. Neil Allan, defending, said Aminu was clearly a vulnerable young man with serious mental health issues, adding: This was not a political act. He simply wanted to die and wanted the officers to shoot him. Deputy senior district judge Tan Ikram said mental health services had been aware of Aminu for a year prior to the incident. He will be sentenced on September 19 at Southwark Crown Court.