A beleaguered chief constable who chose to retire from the service rather than fight his corner to disprove misconduct allegations against him has lost his High Court battle with his police and crime commissioner (PCC). 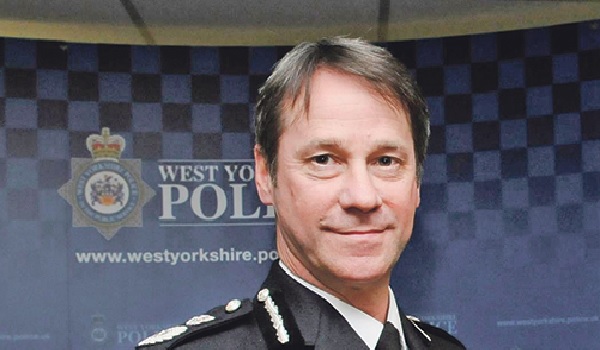 A beleaguered chief constable who chose to retire from the service rather than fight his corner to disprove misconduct allegations against him has lost his High Court battle with his police and crime commissioner (PCC). The judges decision to throw out a complaint by Mark Gilmore has left the former West Yorkshire Polices top officer to pick up a hefty legal bill which PCC Mark Burns-Williamson says has spared the regions taxpayers. Mr Gilmore, who retired from the West Yorkshire force last August, argued that the PCC failed in his statutory duty by not making a decision on whether the Belfast-born officer had a case to answer for misconduct. However, Mr Justice Supperstone  in dismissing his claim on Tuesday (November 14) after analysing rival arguments from earlier in the month  said Mr Burns-Williamson was under no obligation to make a determination. Mr Gilmore said he was disappointed with the ruling but accepted the decision of the court. Mr Burns-Williamson said he welcomed the conclusion as a clear judgment which dismisses the judicial review claim against me made by the former chief constable. He added that he hoped now to re-focus my efforts on supporting our dedicated police officers and staff working to help keep West Yorkshire safe and feeling safe. The West Yorkshire PCC said he was heading off to Westminster today to talk with fellow MPs about the need for more government resources for the police service. With that in mind I am reassured that Mr Gilmore rather than the taxpayers of West Yorkshire, will be paying for the costs of bringing this case, he added. Mr Gilmore was suspended on full pay by Mr Burns-Williamson in June 2014 when news emerged of the investigation by Police Service of Northern Ireland (PSNI) into his relationship with a leading local car dealership, Donnelly Motor Group (DMG). The officer, who had only been in post for 14 months at the time, was alleged to have been involved in an inappropriate relationship with senior DMG officials since 2013 and used this relationship to improperly promote the Belfast firm within West Yorkshire Police and the regions other forces. He was also accused of using his professional relationship with DMG to get a better deal when he bought the VW Golf, previously used for demonstration purposes, for his son Mark Gilmore Junior in 2014. The former chief constable, who insists he has done nothing wrong, had his suspension lifted in 2015 when the Public Prosecution Service (PPS) in Northern Ireland said he and eight others, including the owner of DMG, had no criminal case to answer. But he did not return to his job as Mr Burns-Williamson commissioned Lancashire Constabulary to determine whether he had a case to answer for misconduct. The resulting report was never published, but last July Mr Burns-Williamson was of the view that [Mr Gilmore] did have a case to answer for misconduct, which if proved, meant his conduct could amount to a breach of police standards so serious it could warrant dismissal. Instead of returning to his post, Mr Gilmore confirmed his retirement on August 9, 2016  two weeks after the independent report into his conduct was received by the West Yorkshire PCC. The force reportedly spent £400,000 on his wages while he was suspended and later redeployed, working on a transition project for the National Police Chiefs Council. Mr John Beggs QC, representing the PCC, told a two-day hearing at the Administrative Court in London that started in October: It was available to the claimant to remain a police officer and ventilate the arguments he is ventilating today in a public misconduct hearing.” He added that the case brought by Mr Gilmore was becoming more academic as the months go by, as the officer has not been on operational duty with West Yorkshire Police since June 2014. Mr Beggs said the true purpose of Mr Gilmores application was that a decision could be made that he had no case to answer for misconduct.