Welsh forces may have to cut 200 jobs and risk talent flocking across the border unless a £10 million dispute over training costs is resolved, the government has been warned. 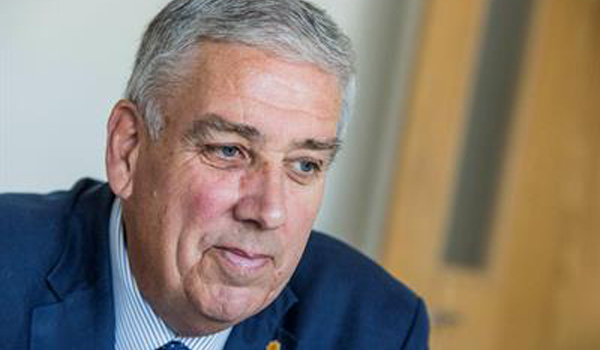 Welsh forces may have to cut 200 jobs and risk talent flocking across the border unless a £10 million dispute over training costs is resolved, the government has been warned. The All-Wales Policing Group (AWPG) claims the Apprenticeship Levy puts Welsh forces at a serious financial disadvantage compared with English colleagues as they may not be able to recoup their investment. The group, comprised of all four Welsh chief constables and police and crime commissioners (PCCs), said it is paying £2 million into the scheme and should receive £10 million in return towards training costs. However, because the money is paid back to the Welsh government  but policing is not devolved  it is unclear whether the money can be used for officer training. The AWPG has now written to Mark Drakeford, Welsh Cabinet Secretary for Finance and Local Government, asking him to help address the situation or risk officer roles being cut and policing in England becoming a more appealing prospect. AWPG chair Arfon Jones said: We cannot have a situation where Welsh forces either fall behind England in the quality of education for officers or having to make further significant reductions in our numbers. Operationally, either choice is intolerable. We cannot resolve these two very unattractive alternatives in a way that safeguards the interests of our communities without the active and constructive intervention of both Cardiff and Whitehall governments. From next year officers will be able to enter the service as apprentices under the Police Education Qualifications Framework, gaining a degree-level qualification. The Apprenticeship Levy was introduced in April to encourage more employers to invest in training. Under the scheme, all organisations with annual wage bills of £3 million or more are subject to an additional 0.5 per cent levy. This money can be retrieved by developing apprenticeship schemes with an extra ten per cent added on as an incentive. In Wales, Scotland and Northern Ireland, a share of the funding is automatically given to the devolved governments based on their population. The Welsh government is due to receive almost £400 million  but the AWPG questions whether this can be invested in the four Welsh forces as they are overseen by the UK government. This situation means that while English forces will only bear eight per cent of the costs of training apprentices, Welsh forces could be responsible for anywhere from 95 to 100 per cent. Mr Jones, also the PCC for North Wales, said this pressure could force Welsh forces to lower their training standards or make significant job cuts on top of the loss of 2,500 officers and staff since 2010. The AWPG estimates these would equate to 86 fewer officers in South Wales, 45 in North Wales, 35 in Dyfed-Powys and 34 in Gwent. A Welsh government spokesperson said: The Communities Secretary, the Finance Secretary and the Skills Minister have jointly written to the Home Secretary about the impact of the Policing Education Qualifications Framework, which applies across all police forces in England and Wales. While we are supportive of the PEQF in principle, we have been clear that responsibility for operational policing matters, including training, rests solely with the Home Office and it should fund training until policing is devolved.