West Midlands Police has taken the first step towards a new interactive website that it says is set to revolutionise the way the public contacts the force and give people the chance to report some crimes digitally through a dedicated portal. 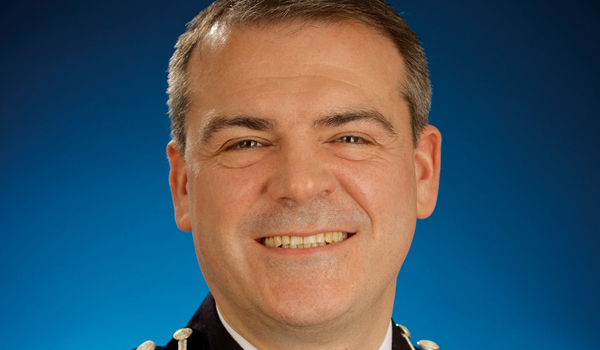 West Midlands Police has taken the first step towards a new interactive website that it says is set to revolutionise the way the public contacts the force and give people the chance to report some crimes digitally through a dedicated portal. The site breaks new ground for West Midlands Police by giving people the chance to report low-level crimes online, track the progress of cases and access a wealth of information and advice on a wide range of issues. West Midlands Police Chief Constable Dave Thompson, said: This is more than just a new website: its a move that transforms the way we interact with the public and has been driven by a huge appetite from people for us to go digital. A beta version of the new web portal was launched last month and the force has been seeking public feedback on how it can be fine-tuned or improved before a full launch. A standout feature allows users to report some low risk offences  such as making off without payment, criminal damage or theft  online and create online accounts allowing them to receive updates on how their case is progressing. It includes a secure statement generator allowing victims to provide details about the offence and for investigators to prepare statements digitally without wasting downtime on the road to gather the information. And a What if? query box means portal visitors can get help and advice on everything from parking and anti-social behaviour to burglary and domestic abuse. The force says bespoke information has been generated on a huge range of subjects  all written by subject matter experts  so members of the public can get answers they need without having to call the 101 non-emergency number. Mr Thompson added: Many people now conduct the bulk of their transactions online, whether that be shopping, banking or socialising, and as a modern police force we need to reflect that trend for people to reach us at a time and place that suits them. A number of police forces use online reporting; its more convenient and an additional means of contacting us instead of phoning or visiting a police station  but of course, people can still do that if they wish. It would only be used to report low-level crimes. For serious offences, or cases involving people who are vulnerable, of course we would send police officers out in person because theres a very good reason to see the person, to take care of them and gather evidence. Mr Thompson said more than a third of the 101 non-emergency calls to the force were from people simply wanting help and advice. Through the new website they will be able to access that with just a couple of clicks, he said. We hope that by giving people access to the answers they want online  as well as recording and tracking their crimes at their own convenience  it will allow us to focus on the more serious calls we receive on 999 and 101. Public consultation by West Midlands Police revealed that almost 80 per cent of people wanted to be able to report non-emergency crime online and 86 per cent to be able to track the progress of crime investigations via the web. Melina Hancox, divisional manager at Victim Support, said the new web portal was good news for victims. They will have information in one place, helping them to access the services they need to help them cope and recover from being a victim of crime, she added. I welcome online reporting for low-level crimes and West Midlands Polices commitment to ensure victims of serious crime will continue to receive face-to-face contact and support from officers who can take care of them and gather evidence. This is particularly important for vulnerable victims. West Midlands police and crime commissioner David Jamieson said he fully endorsed the forces work on this exciting new website, modernising the force to provide additional services that the public demands. People are used to similar services in banking and retail and rightly expect a modern police service to be able to deliver it too, he ad