The backlog in criminal cases waiting to be dealt with by the courts risks overwhelming the justice system within four years unless action is taken, a study suggests.

Crime and justice consultancy Crest Advisory warned longstanding problems exacerbated by the coronavirus pandemic could lead the justice system in England and Wales to the brink of “tipping point”, beyond which it may “cease to function in any meaningful sense”.

The backlog stands at around half a million criminal cases, with the number waiting to be dealt with by crown courts rising to more than 47,000 by the end of August, provisional government figures show.

But according to the research’s projections, the “reasonable worst-case scenario”, if no action is taken, is that the crown court backlog could rise to 195,000 by 2024, which “poses a catastrophic risk to public confidence, procedural fairness and effective enforcement of the law”.

The Ministry of Justice (MoJ) criticised the findings, saying they were based on “extreme assumptions that do not stand up to reasonable scrutiny” and that action was already being taken.

The study looked at government crime and justice data from before and during the coronavirus pandemic, estimating what could happen next.

It also considered predictions which could affect the justice system long-term including an anticipated rise in unemployment brought on by Covid-19 and crime detection as 20,000 more police officers are hired, the potential increase in police recorded crime and the current time frames for dealing with cases at court.

Criminal court capacity would need to double in order to stop the growing waiting list from rising to an “unmanageable level”, the study indicated, while also warning this could have a knock on effect on prisons and the probation service.

Harvey Redgrave, Crest Advisory’s chief executive, said: “The conclusion of our modelling is stark. Covid-19, combined with long-standing legacy issues and the police uplift is leading the criminal justice system to a tipping point beyond which it may cease to function in a meaningful sense.

“Without fundamental reform and significant investment in the upcoming spending review there is a real risk it may cease to function in any meaningful sense in the coming years.”

Out of 16 Nightingale courts opened to create more space so more hearings can take place with social distancing measures, five are dealing with criminal cases.

The number of defendants in prison awaiting trial, and those on remand between trial and sentencing, rose by 28 per cent to 12,274 in the year to June, the highest level for six years.

Custody time limits, how long a defendant can be held before trial, have also been extended from around six to almost eight.

James Mulholland QC, chairman of the Criminal Bar Association, described the picture painted by the study’s worst-case scenario as a “total paralysis within the criminal justice system”, saying more investment was needed so the “Armageddon” situation can be avoided.

He said: “Only a massive re-opening of existing criminal court rooms and … the use of many more Nightingale courts for trials will begin to bring a still rising backlog under control and then, eventually, to reduce it.”

Lawyers were “already staring at many trial dates being set for 2022 and even early 2023 for drugs dealing, burglaries – and even some sexual assault offences”, Mr Mulholland added.

But the MoJ said 84% of custody cases have been listed before February next year.

A spokesman for the government department said: “These figures rely on extreme assumptions that do not stand up to reasonable scrutiny – such as vast rises in crime and charging which have no clear rationale.

“They also fail to take account of our extensive efforts to limit the impact of the pandemic on the justice system.

“As a result of these, magistrates’ court backlogs are already falling, crown courts are listing more jury trials every week, and we’re spending £80 million on a range of measures to further drive this recovery, including the recruitment of 1,600 additional staff.” 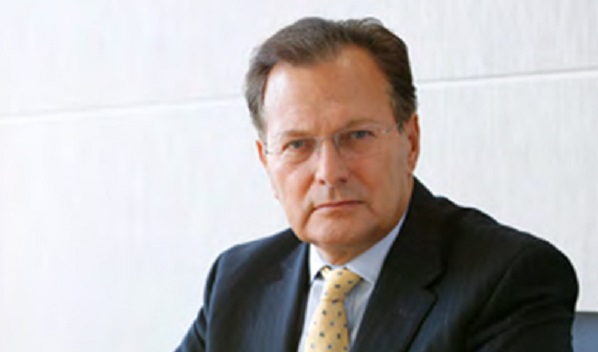