A man wanted for several offences took to the roof of a house in an attempt to avoid facing justice. 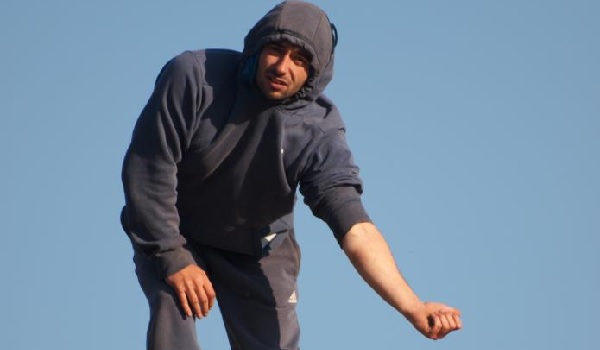 A man wanted for several offences took to the roof of a house in an attempt to avoid facing justice. 23-year-old Kyle Ferguson, wanted for possession of an offensive weapon, affray, assault and public nuisance, climbed on to the property in Salisbury Close, Scunthorpe at 5pm on Monday (August 14). Humberside Police said this is not the first time he has gone to these lengths to avoid arrest. Mr Ferguson was arrested at 5.45pm on Wednesday (August 16). He has been charged with criminal damage, affray, burglary, threatening a person with a blade/sharply pointed article in a public place, racially/religiously aggravated intentional harassment and road traffic offences. The three-day operation cost Humberside Police £100,000, and the force says it will ask the judge to take the costs into account during sentencing if he is convicted. Superintendent Dave Hall said: Our duty throughout this operation was to safeguard the residents and to secure an arrest. It was always our intention to bring the matter to a safe conclusion  in this case the 23 year-old man was talked down from the roof safely and no one suffered any injuries. These incidents are not without consequences – the wider impact such as cost to emergency services can factor in considerations by the courts. Any associated offences are also investigated and charges can and will be brought where appropriate.” Extra police patrols were in the area to provide reassurance to residents in the area, and a cordon was set up on surrounding streets. Buses were diverted away from the road, and the incident affected repairs and support to tenants in the area, according to social housing provider Ongo Homes. In a statement, Ongo Homes said: Some of the homes which are being damaged are owned by Ongo Homes and our tenants` lives are being disrupted. “The police are keeping us updated and we will assess the situation, including the damage caused to our properties once he has come down from the roof.” Chief Inspector Matthew wright warned that anyone aiding Mr Ferguson will dealt with. The force has already arrested two men in their 20s on suspicion of assisting an offender. A Humberside Police spokesperson added: Unfortunately Kyle has taken to the roof on a number of occasions previously to avoid facing justice. We would like to extend our thanks for the support shown by the residents during this operation and that we fully understand the inconvenience this type of incident creates, we want to reassure the community that we intend to resolve this at the earliest and safest opportunity. We are meeting with local authority representatives and local community groups later today to provide further support and reassurance to the community. The cordon in place will cause travel disruption in the locality and would ask people to avoid the area.