Avon and Somerset Constabulary is using an analytics platform to visualise its command centre operations data to gain better insight into the availability, objectives and location of its officers against public demand. 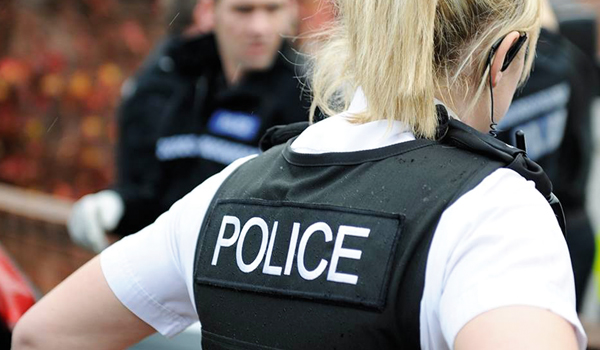 Avon and Somerset Constabulary is using an analytics platform to visualise its command centre operations data to gain better insight into the availability, objectives and location of its officers against public demand.

Ultimately, the constabulary says the platform will give it a better grip on case knowledge to help prevent crime and increase crime-fighting success rates, as well as reducing the chance of harm to citizens in the local area.

The Qlik Sense visual analytics platform has 12 apps that have been specially created for use across the force  from command centre staff through to chief officers  that contain information on areas such as officer availability, suspect management and officer objectives. The visuals are displayed on screens across the command centre, giving staff detailed and accurate information on the live jobs coming in, which can then be used as the focal point for police officer briefing sessions.

Sean Price, head of performance at Avon and Somerset Constabulary, said: In a position of increasing demand and reduction of resources, Qlik is transforming our insight for improving productivity, efficiency and effectiveness. It helps us democratise and make transparent intelligent insight that can be actioned from board level to the frontline officer.

It is currently being used in our control room, offender management teams and by our frontline officers. We have done so much in such a short space of time, yet we feel we have only scratched the surface with its potential.

With information clearly mapped out and made easier to analyse, it enables more effective use of resources, such as dispatching officers to the right area to meet public demand, or using previous staffing data to pre-emptively allocate officers to certain areas where crime levels are prominent.

The supervisors app updates the crime elements every 20 minutes, which means the team sergeant can task an action, then check and test that this has been completed within the shift, rather than waiting for a daily refresh.

The force says Qlik Sense has already been invaluable in identifying and dealing with its top 30 highest risk offenders. This has led to a notable number of offences being dealt with in a more time-efficient manner. For example, in one week alone, 25 of the most wanted suspects (from the area Top Ten lists) were arrested and a further three were interviewed through voluntary attendance.

Up-to-date status information on the platform includes: a crime management reporting app, which visualises workload, resourcing and police officer performance; an allocation management app, showing how many times offences occur and where; an offender management app that uses predictive modelling and profiling of an offender with level of risk, cohort and crime pattern; and a road safety app that also uses predictive modelling to counter accidents before they happen rather than after.

Detective Sergeant Neil Frost said the platform has helped the constabulary amalgamate all its existing systems and drive major efficiencies.

We have 24/7 access to visual data analytics, which helps inform high-risk scenarios and situations, he explained.

For example, when a name comes up in relation to a suspect, informant or victim, we enter the detail and get a snapshot of the situation and can identify the risk to share that information with police officers attending a crime scene or incident. It helps us spot vulnerabilities, suspect warnings and any other vital information that officers on the street need to do their job effectively and safely.

In addition, Qlik is helping to save time, shaving off at least two minutes per call that comes in so we can focus on getting to the action that is required.

Simon Blunn, UK managing director of Qlik, said the way Avon and Somerset Constabulary has visualised its data to see how it can not only reduce, but prevent against, crime is setting the standard for other police forces nationwide.

Of all industries, its perhaps most important in the police