There has been a dramatic increase in lead thefts from churches as scrap metal prices increase and organised crime gangs move in, according to the National Crime Agency (NCA).

After a period of sustained decline, the recent rise in metal prices is increasingly attracting

criminal gangs, making metal theft one of the fastest-growing crimes globally. Offences in the UK increased by 25 per cent in the year ending March 2018, compared with the previous year.

The NCA warned: “The potential harm to citizens from organised crime has increased in the past year. In some cases, offenders show a growing propensity for violence if confronted”.

A survey published earlier this month by VPS Security Services, which protects scores of historical sites in Britain, found that reports of lead being stripped from church roofs in the year up to April were averaging 37 a month.

One example was the removal of the entire roof – 20 tonnes – from the Grade I listed All Saints’, Houghton Conquest, in Bedfordshire, last October.

Nicholas Bye of VPS said: “To strip 20 tonnes of lead from the roof, remove it, transport it, and then process it for resale, probably abroad, would have taken a not-insubstantial team to accomplish.

“This is not a Steptoe and Son-type operation. There were several other church roofs stripped of lead in the region around the same period, and it is believed that an Eastern European criminal gang were likely to be responsible.

“There is clear evidence that criminal gangs across Europe are benefiting from the increase in copper prices and the susceptibility of churches to lead theft.”

“The scrap-metal value is still pitifully small when compared with the cost of replacement and repair,” said Mr Bye, “but beyond the sheer cost is the impact on our heritage. It is disappearing before our eyes.”

A 2017 Home Office review found a 75 per cent fall in metal theft since tighter controls were introduced in 2013, but Dorset police and crime commissioner Martyn Underhill warned: “The regulations might have deterred petty thieves, but they haven’t stopped the organised criminals who are now doing this in some parts of the country on a much larger scale. We need a major rethink of how we are going to tackle it, with new approaches and perhaps even new legislation.”

The chief executive of the National Churches Trust, Claire Walker, added: “The inclusion of metal theft in the NCA’s 2019 Strategic Assessment is both disturbing and reassuring: disturbing, as it shows that metal theft is a crime that is increasingly being carried out by organised gangs who see churches as an easy target; reassuring, in that the UK’s lead agency against organised crime realise just how serious a crime metal theft is, and have made it one of their priority areas for 2019/20.”

She said it was important that everyone who has a responsibility for church buildings has in place strategies to try to prevent metal theft. These include the installation of alarms and the use of forensic marking, and closer working between dioceses and local police forces. 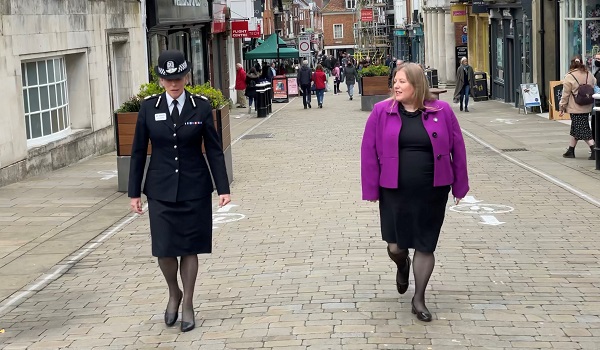