In this weeks edition we have the latest in the so-called disclosure scandal with an action plan launched to deal with failures. We also have details of a court ruling that could have major implications for police pensions, a police and crime commissioner has failed to get approval for his budget because he wanted to increase his office costs and we have the latest chief officer appointments. Our main feature examines the role of registered intermediaries in securing best evidence from vulnerable witnesses, we also look at what is being done around the world to prevent criminals directing crime from inside prison, we examine the way South Wales Police is sharing knowledge, Rose Mary Johnston details her Winston Churchill Fellowship visits to body farms to see how one could be established in the UK and we look at how Lancashire Constabulary developed its public briefings via Amazons Alexa. 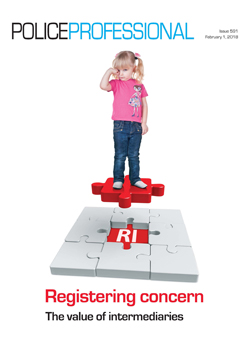 In this weeks edition we have the latest in the so-called disclosure scandal with the National Police Chiefs Council, Metropolitan Police Service and Crown Prosecution Service launching an action plan to deal with failures. We also have details of a court ruling that could have major implications for police pensions, a police and crime commissioner has failed to get approval for his budget because he wanted to increase his office costs while cutting the number of officers and we have the latest chief officer appointments across the country. We have lots more news and features include: Future discrimination In a complex employment tribunal case, Norfolk Constabulary has been found liable for disability discrimination, despite the officer who brought the claim not actually being disabled. Paul McFarlane says the case has important implications for the way forces handle the recruitment of officers with medical impairments. Calling time As justice ministries around the world wrestle with the challenge of stopping the criminality that emanates from within prisons, Police Professional looks at what is being done to control illegal communications. Shaping futures All too often research is conducted in isolation, but South Wales Police explains how it has implemented a novel way of developing knowledge by sharing ideas. Evidence from the field Rose Mary Johnston was awarded a Winston Churchill Fellowship to study how `body farms are established and considers whether the UK should take a lead on forensics in Europe. Registering concern After the value and consistency of use of intermediaries was brought into question, Geoff Coliandris looks into how the best can be achieved in securing testimonies from the most vulnerable witnesses. Spreading the word Lancashire Constabulary is leading a number of forces in developing new digital communications, including the much vaunted public briefing via Amazons Alexa. Police Professional looks at how the force is taking its message directly into peoples homes. To view the edition, click here