The wider roll-out of pre-recorded evidence and cross-examination for victims in rape and modern slavery cases has been welcomed by the Victims’ Commissioner. 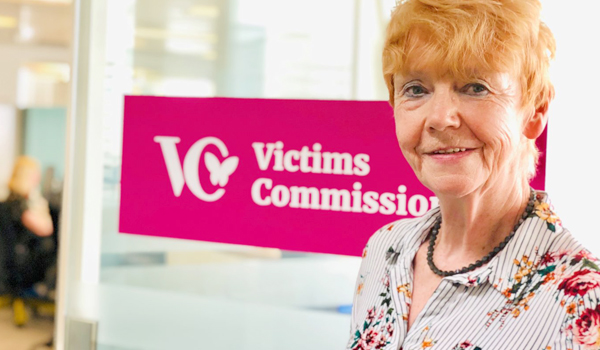 Dame Vera Baird QC said it would help more vulnerable complainants give “their best evidence” and take them out of the “huge backlog” of Crown Court cases.

The scheme, which has already been successful in 12 Crown Courts, allows victims and witnesses of crimes such as rape and modern slavery to have their cross-examination video-recorded and played later during trial, known as section 28.

The recording takes place as close to the time of the offence as possible, while memories remain fresh, and helps victims avoid the stress of giving evidence in a courtroom setting, which many find traumatic.

The Government announced on Thursday (May 12) that the measure will now be available at a further 14 Crown Courts in the north east and south of England.

Dame Vera said it will make a difference to all the victims in those areas who are offered it as an option.

She added: “Although the Ministry of Justice figures show that 1,800 vulnerable and intimidated victims have used section 28 since last April, most of them are children in the vulnerable category and it is an excellent measure to help them to give their best evidence.

“However whenever I or colleagues speak to judges they complain that section 28 is hard to manage and the shortage of use of section 28 for adult rape complainants in the 12 Crown Courts in which it is already available, may suggest that it is not being taken up for that cohort as it should be.

“I hope that the judiciary are enthusiastic about this measure, which allows vulnerable adult rape complainants to be taken out of the huge backlog of Crown Court cases.”

Dame Vera said that while acknowledging that the use of section 28 requires to be well managed, some courts have taken on the challenge of speeding its roll-out for adults and there should, by now, be “a clear methodology to pass on”.

“A major problem for rape complainants is that their alleged assailants are rarely in custody and, of course cases of those in custody must come first,” said Dame Vera.

“That puts rape cases to the back of the queue I remain very concerned that few victims will stay the course.

“Rape victims are being subjected to endless, endemic delays. Almost a quarter (24 per cent) face delays of more than a year. We know that the stress and uncertainty is driving many to drop their claims altogether.

“A further advantage of pre-recording both the original statement and the cross-examination of the of complainant is that they can leave the court list and take any therapy they need.”

Dame Vera added: “This is a brilliant special measure capable of helping the most vulnerable complainants to do their public duty to give evidence without having their life put horribly on hold for years.

“I congratulate the deputy prime minister on driving this agenda and offer any assistance that would be helpful, from me or my victims stakeholder group to government or judiciary to help to increase the pace of uptake of section 28 for intimidated victims.”

The Government said the move follows the successful implementation for vulnerable victims, such as children or those who have limited mental capacity, to all Crown Courts in England and Wales – with more than 2,500 witnesses having already benefitted from the technology since August 2020.

Victoria Atkins MP, Minister for Tackling Violence against Women and Girls, said: “This measure is a key part of our plan to overhaul the justice system’s response to rape – minimising stress for victims and helping them to provide the best possible evidence.

“Alongside this, we’re recruiting more independent sexual violence advisers, launching a new 24/7 helpline and improving collaboration between police and prosecutors to ensure victims get the support and justice they deserve.

“While there is still much more to do, convictions have increased by 15 per cent over the last quarter and these measures will drive improvements further.”

She said the measure is also designed to maintain a defendant’s right to a fair trial and any decision to pre-record evidence is made by a judge on a case-by-case basis.

The Government also confirmed that Rape Crisis England and Wales  will operate a new 24/7 helpline service – providing free telephone and online support to victims of rape and sexual violence at any time of the day. The service will be launched in June and will ensure help is available to victims whenever they need it.

Jayne Butler, chief executive officer of Rape Crisis England and Wales, said: “This service will be a vital support provision for victims and survivors of sexual violence and abuse.

“We are pleased to be delivering a specialist, trauma-informed support service – one that puts survivor needs at its heart.”

The extension of pre-recorded evidence means it is now available for victims of rape at 26 Crown Courts, with the Government committed to rolling it out nationwide by September.

Commenting on the extension of pre-recorded evidence to Newcastle Crown Court, Elaine Langshaw, chief executive officer of Newcastle Women’s Aid, said: “We welcome this move and strongly believe it should be available in every Crown Court as soon as possible, to ensure every survivor or witness can expect the same service.

“Survivors and witness should be made to feel safe, protected and supported. In our experience survivors of sexual crimes are often reluctant to progress prosecutions as they cannot face further trauma in the courtroom.

“We feel if this barrier is removed it will encourage survivors to report to the police and to seek justice.”

The Ministry of Justice says there has been a 15 per cent increase in the number of people convicted for rape offences in the past three months. Figures show there were 467 convictions in the three months from October to December 2021, compared with 407, 398 and 376 in the previous quarters.

Total completed prosecutions for rape cases have also increased – up by ten per cent per cent from 600 (July-September 2021) to 661 (October-December 2021).

Ministry of Justice figures show the average number of days for adult rape from Crown Prosecution Service charge to the case being completed continue to fall, down by 38 days (8.3 per cent) since the peak in June 2021 – down from 457 days to 419 in October-December 2021.