Officers are being asked to take 60 seconds to consider the risks of restraining people after a review of custody deaths recommended extensive reforms. 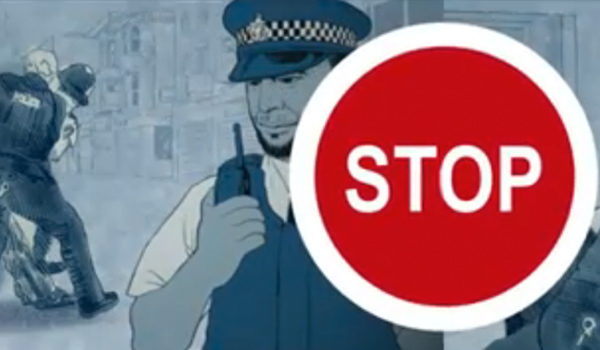 Officers are being asked to take 60 seconds to consider the risks of restraining people after a review of custody deaths recommended extensive reforms. The National Police Chiefs Council (NPCC) and College of Policing have released a guidance video on applying force in response to a long-awaited report by Dame Elish Angiolini. The review made sweeping recommendations to improve the custody system, including overhauling the way officers are trained and banning them from leading independent investigations on behalf of the Independent Police Complaints Commission (IPCC) after leaving the service. Dame Elish also backed the end of police cells as a place of safety for people suffering mental health crises, and called for greater joint working across law enforcement and the health sector. Chief Constable Nick Ephgrave, national lead for custody, said: This report makes clear that the issues associated with deaths in custody cannot be addressed by the police service alone and so we are working with partner agencies including the National Health Service, College of Policing and the Home Office. Our aim is to ensure officers are trained to use the right form of restraint in the circumstances based on an assessment of risk, we are able to identify vulnerabilities when someone is brought into custody, and, where appropriate, people are transferred to health services as quickly as possible. The video launched today as part of a new awareness campaign aimed at the most critical points in the detention and custody process will help officers make quick decisions to intervene early and prevent loss of life in custody. The Report of the Independent Review of Deaths and Serious Incidents in Police Custody, published on Monday (October 30), found common features continue to appear in cases that lead to negative outcomes. The review was commissioned by then Home Secretary Theresa May in 2015 following the deaths of Sean Rigg and Olaseni Lewis, who had both been in contact with the Metropolitan Police Service. The two cases were criticised by the mens families for appalling delays and alleged evasiveness and obstruction by authorities. Officers also condemned the length of time for which they were left in legal limbo while under investigation by the IPCC. Dame Elish warned that complexity should not be an excuse for unnecessary delays and called for the creation of a specialist IPCC unit to identify and deal with these cases. She added that the employment of former officers by the IPCC has caused families and campaigners to question its independence, so recommended that ex-officers be phased out as lead investigators. Instead, the report claims former police staff should only act as formal consultants or training providers. The IPCC will receive the power to bar former officers from certain roles when it reforms into the Independent Office for Police Conduct in January. The review also asked that officers be prevented from conferring after a suspicious death or suicide before they give official statements. Other proposals include training all officers to recognise that any restraint technique can have fatal consequences, especially when performed on someone suffering from mental health issues or drug-induced psychosis. Dame Elish said the ability to de-escalate situations without violence needs to be paramount in officers skill sets. The NPCC/College of Policing video is intended to support this by encouraging officers to take a minute to think before deciding whether to use force on a violent detainee. The animated clip suggests they consider whether the detainee is demonstrating signs of mental illness or having used alcohol or drugs. It also warns them to check whether the person is at risk of positional asphyxia, has suffered a head injury or other serious medical illnesses before deciding on whether they are a prisoner or a patient. Home Secretary Amber Rudd said the Government is committed to tackling the issues raised in the report. The H