Victims’ Bill will have ‘limited effect’ without proper funding – report

The Government’s plans for a Victims’ Bill will have a “limited effect” unless more funding is provided, according to MPs. 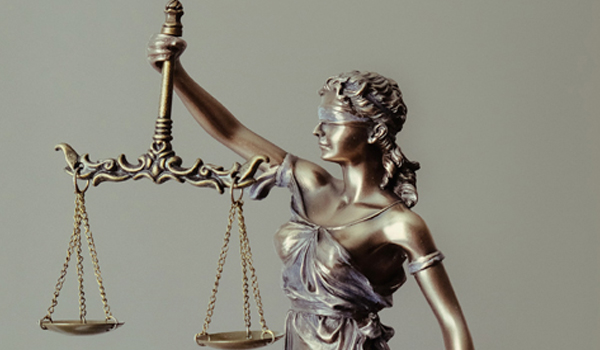 The Commons Justice Committee reviewed the proposed legal reforms, which could pave the way for the first victims’ law in a bid to make sure they are better treated and supported in the criminal justice system.

The group of MPs found “flaws” in the way victims were defined in the draft Bill, a “lack of enforcement powers” and the need for additional resources so the proposals can be effective.

It also said the sharing of a victim’s immigration status by the police with the Home Office acts as a “barrier to justice” and called for the practice to end.

According to the committee, changes proposed in the draft Bill, including enhancing the role of police and crime commissioners, would diminish the role of the Victims’ Commissioner which it argued should be “strengthened”.

The report comes a week after Victims’ Commissioner Dame Vera Baird announced she was quitting her post as she accused ministers of “downgrading” victims’ interests in the Government’s priorities and of “side-lining” her office while branding the Bill as “inadequate”.

Committee chair Sir Bob Neill said: “The draft Bill’s aim to improve the criminal justice system’s treatment of victims is laudable, but the Government must provide new funding to make it all possible. If not, the police, Crown Prosecution Service (CPS) and Probation Service will be forced to divert funds away from their core functions.

“The definition of a victim must be explained in more detail, particularly where it includes witnesses without any mention of how badly said witness has been affected. It can’t be the Government’s intention that a witness to petty theft should have more rights under this legislation than a murder victim’s next of kin.

“The draft Bill comes amid a backdrop of significant and growing court backlogs with victims of crime too often waiting years for their cases to come to court, and criminal legal aid barristers turning away from the profession. The Government is taking steps in tackling those deep-rooted problems but until they are resolved victims will continue to suffer harm for too long.”

Andrea Simon, director of the End Violence Against Women Coalition (EVAW), said: “In its current form, the Victims’ Bill is a missed opportunity to transform the justice and support landscape for victims and survivors, who continue to be appallingly failed at every step of the justice process.

“The Government is not doing enough to deliver on its claims that this Bill will put victims at the heart of the criminal justice system.”

Joint Association of Police and Crime Commissioners leads for victims, Donna Jones and Sophie Linden, said: “We welcome the Justice Select Committee’s Pre-legislative scrutiny of the draft Victims Bill. It is clear that they have carefully considered the views of contributors, and we are grateful for their considered report on this important legislation.

“We agree with the committee, and as we submitted in our evidence, the Bill must be strengthened across the board. We are committed to working with the Ministry of Justice to truly put victims at the heart of this legislation and ensure local and national accountability.

“The committee rightly highlights the backdrop of the court backlog against which this Bill is set. These significant and ever-growing court backlogs need to be resolved as a matter of urgency if we are to prevent victims from suffering for too long. The government must take steps to tackle these issues if we are to truly put victims first.

“It is vital that the system is supporting and delivering for victims and that we ensure that this Bill truly is the ‘landmark’ piece of legislation the Government has promised us.”

The Centre for Women’s Justice (CWJ) welcomed the report’s recommendation that children born of rape should be recognised as secondary victims and included in the Victims’ Code.

It has been campaigning for the introduction of ‘Daisy’s Law’ – legislation that would recognise children born of rape as ‘secondary victims’ of crime. Campaigner ‘Daisy’ discovered she had been born as a result of her 13-year-old birth-mother’s rape and fought to have her birth father prosecuted, providing critical DNA evidence to support the prosecution.

The CWJ also welcomed other recommendations in the report, in particular the immediate end to the sharing of victims’ and witnesses’ data between the police and the Home Office for immigration enforcement purposes and the introduction of a complete firewall for those groups. Other recommendations proposed in CWJ’s submission to the Bill for consultation include the independent legal advice for victims in respect of disclosure requests and improvements to the Victim’s Right to Review Scheme.

“However, disappointingly the report does not go far enough to limit the disclosure of counselling records to only the most exceptional cases and fails completely to address deficiencies in law and practice that can lead to the unjust criminalisation of victims of domestic abuse and other forms of violence against women and exploitation,” said the CWJ.

CWJ director Harriet Wistrich said: “CWJ welcomes the important recommendation that there is a need for the extension of victims’ rights to children born of rape.

“The committee has provided helpful commentary and recommendations on a range of other issues noting the significant weaknesses in the Government’s draft Bill.

“The Victims’ Bill as currently drafted is extremely disappointing and represents a vital but lost opportunity for much needed change.”

A government spokesperson said: “Our reforms will put victims’ needs and voices firmly at the heart of the justice system and increase the accountability of agencies like the police and CPS for the service they provide to them.

“We will carefully consider the committee’s recommendations and respond in due course.”