A comprehensive survey of police and crime commissioners (PCCs) shows widely disproportionate benefits of increasing the council tax precept and reveals hundreds of millions of pounds are being taken from reserves to support frontline policing. 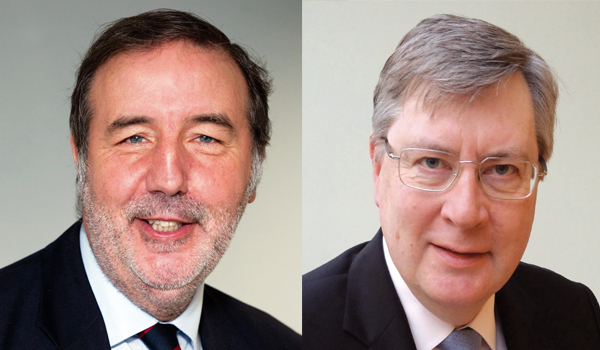 A comprehensive survey of police and crime commissioners (PCCs) shows widely disproportionate benefits of increasing the council tax precept and reveals hundreds of millions of pounds are being taken from reserves to support frontline policing. Responding to a request by the Home Office for greater transparency on reserves as part of discussions on future police funding, PCCs have provided a detailed analysis that shows they are maintaining the minimum required in general reserves while the amount they hold for medium term budgets, change programmes and capital projects is reducing dramatically as it is used to support day to day activities. It has been widely anticipated that the Government will propose increasing the precept limits to allow PCCs to raise more money locally from the Council Tax. However, the analysis shows that urban forces are likely to benefit the least, with Northumbria Polices budget benefitting by just 0.7 per cent from a five per cent increase in precept, while other forces could gain by almost four times as much. The figures reveal that Surrey Police would benefit the most, gaining 2.6 per cent of its Total Net Budget Requirement from a five per cent increase in the precept. The Home Office says it has listened to the arguments put forward by PCCs and chief constables and the funding settlement this month will reflect work undertaken to better understand changes in police demand but also how forces can be more efficient, improve productivity as well as making prudent use of over £1.6 billion in reserves. In February this year, Policing and Fire Minister Nick Hurd asked PCCs to explain why they are holding so much in reserves while seeking additional money in central government grants. PCCs have now provided Mr Hurd with the analysis that shows reserves have fallen by 22 per cent in the last two years as money was made available to shore up frontline policing from the impact of cuts. The assessment also shows that over £1.2 billion is held as earmarked funds, which will reduce to just £445 million in 2020. PCCs have also had to find money to cover the one per cent non-consolidated increment in police pay awarded by the Home Office in September which, they say, will have a further impact on the level of reserves being held this year and next. Total revenue reserves are set to fall to £804 million in 2020, from 19.6 per cent of Net Revenue Expenditure to just 7.7 per cent over the three-year period. The document seen by Police Professional and written by the Police and Crime Commissioners Treasurers Society says: This level of financial support to revenue and capital programmes clearly cannot continue at the same pace and scale beyond March 2020.

The amount held in reserves includes ten PCCs who are holding £68 million to cover future deficits in PFI contracts. By 2020, these funds will reduce by 15 per cent but by then will represent a much greater proportion of reserves (up from 5.6 to 13 per cent). Capital grants and reserves are also forecast to be cut almost entirely (down by 93 per cent). A total of £225 million is being held by PCCs across the country to fund capital projects and almost £300 million for change programmes. However, they are set to fall by 83 and 76 per cent respectively over the next three years. The money being held by PCCs as a reserve for contingencies, major events that could occur, such as industrial disputes, riots, disasters and terrorist incidents  general reserves  currently stands at an average of three per cent of Net Revenue Expenditure nationally (see breakdown below). However, PCCs say they are mindful that reserves must not keep money from the frontline and are reducing the level being held across the country by more than 11 per cent to £360 million. The Chartered Institute of Public Finance and Accountancy has advised that three per cent is prudent to keep as a minimum in General Reserves. The analysis revealed that one force has b