The Police Federation of England and Wales (PFEW) has supported the data collection on the use of force by officers but says the varied technology used by different forces could make the process too bureaucratic. 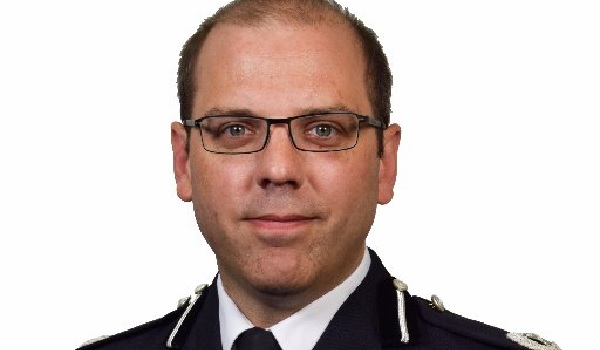 The Police Federation of England and Wales (PFEW) has supported the data collection on the use of force by officers but says the varied technology used by different forces could make the process too bureaucratic. In April, forces in England and Wales asked officers to record when they used force, from taking hold of someones arm to fatally shooting a suspect, and are due to publish high level findings this month. However, the National Police Chiefs Council (NPCC) has warned of data gaps making comparisons unreliable and misleading as the systems to record the information, gathered using a ten-page form, vary from spreadsheets to bespoke programmes. And it has now emerged that West Midlands Police will not collect all the information requested by the NPCC. The police were asked by the former Home Secretary Theresa May to submit information on use of force as part of the annual data return (ADR) but the Home Office has only recently said what information it requires. However, last year the NPCC agreed that a much more extensive set of questions would be asked. Commander Matt Twist, NPCC lead for the use of force recording project, defended the decision to collect data and publish the findings before technology has been developed to provide realistic comparisons across the country, which is likely to be when the ADR is published after April 2018. Data we are now capturing will provide greater transparency than ever before into why force is used and hopefully it will strengthen the vital link between the police and the public, Mr Twist explained. The information gathered will also allow tactics, training and equipment to be assessed for their effectiveness and demonstrate how the minimum use of force can prevent higher levels of force having to be used later. We will be able to make decisions on a huge body of evidence, rather than on a small number of individual cases about training, tactics and kit that we have, he added. However, he said those forces that have created a separate application to collect the data will find the process much easier. This is the first phase of a project, it is really early stages and there are going to be huge differences in the recording of the use of force nationally, Mr Twist added. The PFEW said it supports the use of the forms as they will dispel widely believed myths about how much and often officers use force, partly derived from TV dramas. Simon Kempton, PFEW lead on operational policing, said: We believe it will show we use force far less than they think we do, that has to have benefits for public trust. He is also keen to gather evidence to build an evidence base for campaigns that improve the training and equipment available to members. For example, it is expected to show how much force is used when officers are single or double-crewed, compare the effectiveness of PAVA with CS sprays and measure the impact on suspect compliance when Taser devices are available. For the first time ever, we will have the body of evidence to say whether Taser protects police officers and their colleagues, it protects the public and the suspect, Mr Kempton added. However, he agreed the level of bureaucracy involved depends on the systems available. For example, his own force has been able to adapt its records management system to allow officers to complete the form in just 90 seconds. However, if the form takes 20 minutes or more, as was reported to be the case last weekend, this would be too onerous, he said. The number of assaults on officers recorded by forces is expected to rise significantly as the forms now make them easy to report. A change made to the form at the request of the PFEW from Were you injured to Do you think you were injured will mean officers are less likely to under-report assaults and will protect them should they have to make a claim at a later date. West Midlands Police Chief Constable Dave Thompson defended his decision not to use the NPCC forms. I absolutely accept that if you use the baton, the