Theresa May has appointed a new Minister for Crime, Safeguarding and Vulnerability following the resignation of Priti Patel. 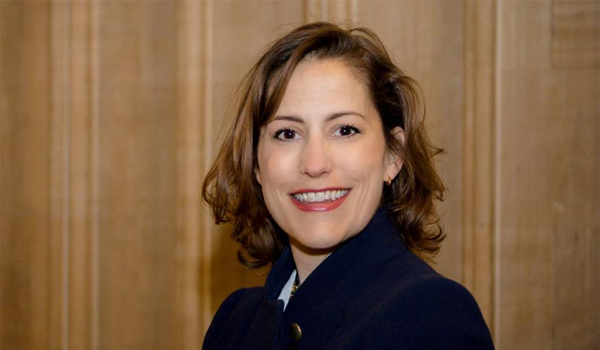 Theresa May has appointed a new Minister for Crime, Safeguarding and Vulnerability following the resignation of Priti Patel. Victoria Atkins, the MP for Louth and Horncastle and a former criminal law barrister, replaces Sarah Newton at the Home Office. Ms Newton has moved to the Department for Work and Pensions to fill a position vacated by Penny Mordaunt who has been promoted to International Development Secretary. Ms Mordaunt has been appointed to the Cabinet after Ms Patel was called back from Africa to explain unauthorised meetings with senior Israeli figures while on holiday, including Prime Minister Benjamin Netanhayu. Ms Atkins said she was delighted to have been asked to join the Home Office, in a team whose central purpose is to keep the people of this country safe and secure. I look forward to building on the meaningful, positive change this Government has already brought about, from driving the global fight against modern slavery, to taking dangerous weapons off our streets and protecting the most vulnerable people in our society,” she said. I feel honoured to become part of a ministerial team which is working with such drive and commitment to make our communities safer and more cohesive. Ms Atkins was first elected to Parliament in 2015 with a majority of almost 20,000, which increased in the 2017 General Election. She was appointed to the Home Affairs Select Committee in July 2015. She stood unsuccessfully in the 2012 Gloucestershire police and crime commissioner election, losing out to the incumbent and former police officer Martin Surl. Ms Atkins says It was a privilege to represent the decent, law-abiding majority when she prosecuted hardened criminals before entering politics. “I have prosecuted international drug trafficking rings, gun-runners and fraudsters who steal £100s million from British taxpayers,” her website says. “I hope to put my experiences in the criminal courts to good use in the political world.”