Matt Bishop, Microsofts policing chief technology officer, explained to delegates at the recent Excellence in Policing conference how the technology giants growth mindset has led its transformation to cloud technology and suggested how policing can learn to innovate from others doing the same. 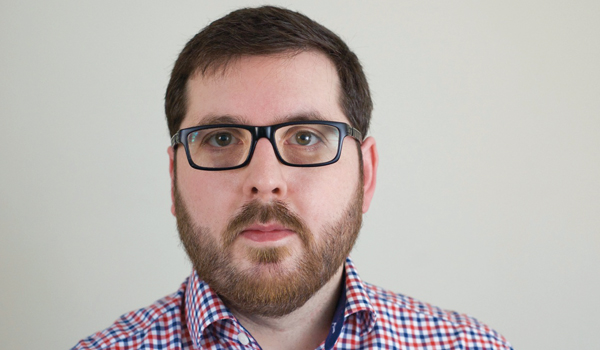 Matt Bishop, Microsofts policing chief technology officer, explained to delegates at the recent Excellence in Policing conference how the technology giants growth mindset has led its transformation to cloud technology and suggested how policing can learn to innovate from others doing the same. The police service arguably suffers acutely from deficiencies in the four corners of the Square of Despair  four elements that leave public servants frustrated with the systems they have to work with. Identified by a government chief technology officer, the square represents the biggest challenges to transformation in many organisations: capability (or lack of); legacy systems; security; and procurement. Matt Bishop joined Microsoft from many years in senior roles at the Home Office and says growth insight has become a massive influence and the main reason he moved to the technology giant. Forget all the technology changes, for us a growth mindset and that whole black box thinking approach is absolutely central to everything we do. My performance review is not really a performance review, its a growth mindset review. I am asked: Where did you fail? Did you try and fail? What happened when you failed? What did you learn from that? How are you going to apply that? All of those questions are core to who we are, and where were seeing real success in organisations is where theyre applying those kind of mindsets, that kind of freedom to fail. Where we see success in innovating every day, getting ahead of demand is where youve got an organisation that has that baked in. That is absolutely critical. Microsoft has turned its offering on its head. Gone are the huge product launches every couple of years and getting one-off purchases or upgrades. Now it implements several developments that customers can benefit from every day, based on a subscription model. Mr Bishop suggested US Air Forces Colonel John Boyds answer to how organisations respond and act can assist the public sector deal with the technology dilemmas they face. Boyds Ooda loop  an approach that puts agility before raw power  is now widely implemented in private sector organisations, as well as the military and includes four phases: Observe, Orient, Decide and then Act. Mr Bishop said organisations need to observe through the information they hold on themselves and those they interact with. How do we get into that place where were going to be able to innovate every day? This is really about data. Understanding where you are and whos in your landscape, and the things you should be concerned about. He believes by using real-time data, understanding where an organisations people are, how resources are being used, how well its officers, staff, fleets and buildings are being utilised, is crucial. Then they need to know how well their services are being used and the people that are using them. Finally, the controls on expenditure need to be in place. Orient is how organisations examine that data and the mindset they take to it. Many see agile working as a solution, but mobility is viewed very differently when a mobile office has to connect back to equipment in a police station somewhere. Being connected to the cloud is a much easier proposition. This has led to a shift in thinking about insourcing and outsourcing. Across government, instead of traditional outsourcing deals that outsource functions as a whole, just one component is let to a provider and the elements that touch the customer are kept internally. What we are seeing is teams of user experience designers working within an organisation to develop that bit that the citizen touches, Mr Bishop explained. And really owning that experience because thats core to that organisation, absolutely critical to us at Microsoft. There are promising signs within policing but it has some way to go; it has to take some risks by starting small and build its capability over time, he suggests, and not confusing complex with complicated. A car mechan