Despite greater awareness of the illegal trade in dogs, criminals are finding new ways to lead lucrative lifestyles from smuggling puppies into the country and selling unhealthy or diseased animals to unsuspecting buyers. 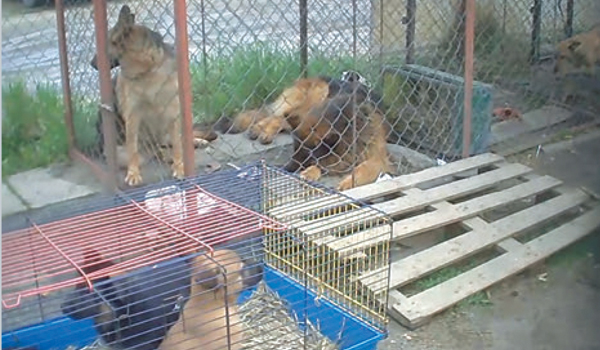 When the bodies of two cousins were recovered two miles off the Galloway coast last May following a major air and sea search, it led to a trail of lucrative dog smuggling that can be worth up to £30,000 a week for some organised criminal gangs. Sandy Hamilton and Kevin McKinley had supposedly set off from Port Logan in Dumfries for a pleasure trip to Stranraer in an 18ft speedboat, but in fact were making one of their regular trips to the Republic of Ireland where Hamilton had connections with unlicensed, unregulated puppy breeders from whom he could purchase designer breeds such as cockapoos, cavapoos and cocker spaniels for as little as 50 euro each. The pair had been significant figures in the illegal trafficking and selling of puppies  which, after drugs and arms, is the third most profitable in the EU. McKinley would sell the puppies from his home in Larkhall, Scotland, along with false documentation claiming they had been bred in the UK, were fully vaccinated, micochipped and registered with the Kennel Club. Buyers would pay up to £1,000 for the puppies, but the poor conditions in the cramped, intensive farms in which they had been raised meant many were subsequently found to be seriously ill, with some even dying. The large sums of money that can be made from the illegal trade mean organised criminal gangs are increasingly getting involved, taking advantage of the fact that customs officials, preoccupied with looking for trafficked drugs, arms and people, are unable to prioritise the pursuit of those smuggling dogs. There are believed to be up to 100 dog-smuggling gangs currently operating in the UK, bringing in an estimated 200 puppies every day. Some criminal gangs are also believed to be using a sideline in puppy trading as a way to disguise their earnings from other activities. If they are accused of selling drugs, they can claim the money came from selling dogs instead as the penalties for being involved in the trade are extremely minor by comparison. According to Graeme Mutter, head of a task force created by HM Revenue and Customs (HMRC) to pursue illegal puppy dealers for failing to declare their illegal earnings  the same tactic the FBI used against notorious Chicago mobster Al Capone  such gangs switch between commodities at will. Theyll move from white powder to alcohol or tobacco, and if they see a niche in the market, they will go after it. Right now, the niche in the market is puppies, he said. Although potential earnings still pale alongside those generated by the drug trade, the sums can still be substantial. Throughout 2016, Hamilton was believed to be making trips to Ireland on an almost weekly basis, bringing back between ten and 20 puppies each time. Vet David Martin, of the Brownlow Veterinary Group, said: The big dealers are making between £25,000 and £30,000 a week. Ive seen evidence that some of the gangs are selling 800 puppies over a six-month period for between £500 and £1,000 a dog. Last summer Laura Kiselivo and Raimondas Titas were both due to be sentenced at Manchester Crown Court after admitting offences relating to hundreds of dogs and cats that were illegally brought into the UK. The pair, who failed to turn up at court and have been on the run ever since, are believed to have made around £300,000 in just 18 months by selling designer breeds such as pugs, French and English bulldogs, for up to £2,000 each. Once again, buyers were duped into believing they were purchasing UK-bred pups with full Kennel Club registration when in fact the animals had been smuggled into the country from Eastern Europe. Kiselivo and Titas first came to the attention of the authorities when five French bulldogs destined for Salford were stopped at Dover by officials from the Animal and Plant Health Agency. The dogs were believed to be under the three-month minimum age for transportation and were not being carried in a licensed vehicle, so they were placed in quarantine. A few days later another five dogs, this time pugs, were intercepted at Dover