The UKs three largest unions have called for a pay rise for the 32,000 police staff members they represent in England and Wales. 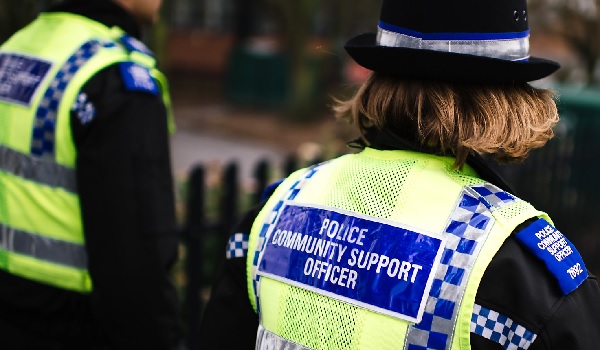 The UKs three largest unions have called for a pay rise for the 32,000 police staff members they represent in England and Wales. UNISON, Unite and GMB have submitted a claim for a five per cent or £1,000 increase  whichever is greater  for all police staff, including a five per cent increase to their allowance while they are on call. They also called for the deletion of the two lowest pay points in the Police Staff Council pay scale. The unions claim staff pay has increased by just 4.2 per cent in the last six years, against a rise of more than 20 per cent in the cost of living. And Unite national officer Fiona Farmer said the low pay is leading to police call handlers going to work for phone companies that pay higher salaries. UNISON national officer Ben Priestley said: Police staff jobs have already been cut to the bone, leaving those still in post desperately trying to do more with less. These employees are a vital part of the team responsible for keeping us safe. The Government must scrap the pay cap and give police staff the pay rise they deserve. GMB national officer Kevin Brandstatter added: Our members have had enough. Overworked, underpaid and undervalued  they want fairness and justice. Our members perform vital jobs and are called to deal with traumatic incidents and this government seems not to care. If they want to demonstrate their loyalty to hard working staff in a really difficult environment, the Government should abandon the pay cap, meet the claim in full and provide the funding to do so. Ms Farmer claimed real terms pay cuts, combined with budget reductions have taken their toll on morale, leading to recruitment and retention problems. In some parts of the country we are seeing call handlers leaving and going to work in call centres for the likes of Vodafone for better pay and less stress, she said. Its time to scrap the pay cap and end the pay misery that hardworking police staff have had to endure for years by giving these unsung heroes and heroines a decent pay rise. Police staff make up 40 per cent of the service in England, and include police and community support officers, 999 call handlers and forensic specialists.