With over £120 billion spent each year, fraud is a significant issue for the NHS. Police Professional looks at recent cases and how one investigation required the cooperation of many law enforcement agencies in the UK and abroad. 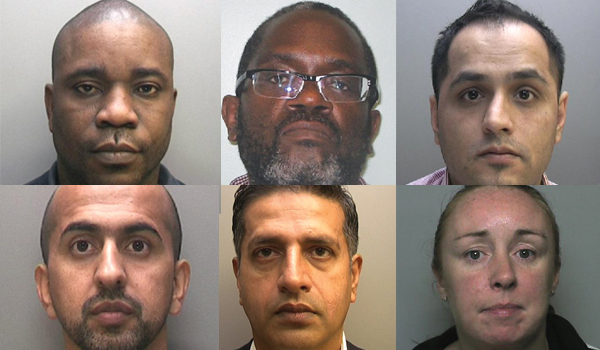 Bearing the company logo, written in perfect English and conforming to all the usual protocols, there was nothing about the letters to arouse even the slightest suspicion. Correctly addressed to the head of the appropriate department, the letters simply stated that the company concerned had changed its banking details and asked for systems to be updated accordingly. Around 22 similar letters were sent out to various NHS trusts along with a range of other public bodies over a period of several months. Had the letters demanded some form of immediate payment, they might have raised more red flags. As it was, many of the letters were seen by low-ranking members of the trusts who simply followed the instructions without reference to more senior figures in the organisation. The criminals behind the letters had done their research. Thanks to a combination of transparency legislation and the internet, they were able to identify companies engaged in long-term work for the trusts, especially those receiving regular staged payments. When the next invoices were submitted, payments were made not to the legitimate company but to bank accounts belonging to the gangs. By the time the fraud was uncovered, more than £12 million had been stolen in this way. In one case, a £1.28 million payment to build a mental health unit at Lincoln`s St George`s Hospital site was diverted, after NHS trust staff failed to check the new bank details supplied. Among the conspirators was a former nightclub toiletries seller, company directors and a newsagent. In many cases, they faxed the bogus documents from an internet café in Dalston, east London. The ill-gotten gains were then laundered through many layers of accounts, with the cash funnelled to legitimate businesses, including a children`s soft play area development in Scotland and a café in Sutton Coldfield, West Midlands. The success of these frauds depended on a number of bank accounts being available through which stolen funds could be moved out of the UK thereby frustrating the efforts of both the banks and law enforcement to repatriate stolen funds and conducting investigations in to those involved. The conspiracy`s tendrils stretched to company accounts in Poland, Dubai and Nigeria, with targets including an airport development run by the States of Guernsey, the Royal College of Arts (RCA), and NHS trusts in Lincolnshire, London, and across the north of England. The RCA was targeted for £1.26 million in September 2011, but the mistake was spotted and the money returned. The Guernsey government, and taxpayers, lost £2.6 million. The fraud was only uncovered when an employee of the building firm Costain saw one of the bogus letters and noticed that its logo was out of place, that the reference number given was fake that the signatures did not match those of the chief financial officer. Lincolnshire Partnership NHS Foundation Trust called in the authorities at the end of 2011, triggering a lengthy investigation which needed the co-operation of law enforcement in many countries around the world. Although Operation Tarlac, as the investigation came to be known, was primarily police-led, it would not have been successful without the assistance of NHS Protect, the body responsible for leading the fight against NHS fraud. David Hall, Anti-Fraud Lead for NHS Protect, said: We had a number of victims and initially started to do some work with our financial investigation office. Our intelligence people were trying to determine which accounts were being used and where the money was going. As we started to link accounts through analysis and identify patterns, we engaged with both the City of London Police and Lincolnshire Police. We met with them and shared the information and intelligence we had already gathered. It soon became obvious that this was going to be quite a large-scale job and a costly investigation. Obviously, we were not able to offer financial assistance to the police but I offered to give them assistance from our forensic computing unit to make