There men have been sent to prison for running an “enormous” cannabis farm hidden inside a former nuclear bunker, staffed by young Vietnamese workers. 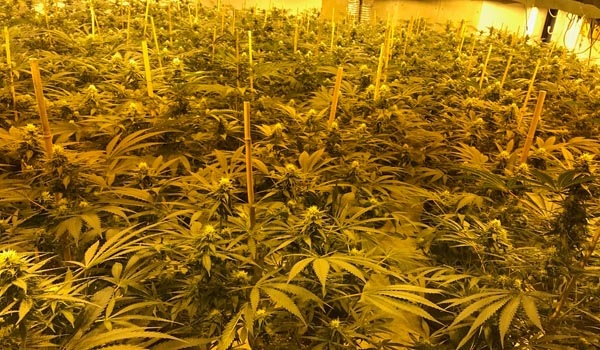 Three men have been sent to prison for running an enormous cannabis farm hidden inside a former nuclear bunker, staffed by young Vietnamese workers. Martin Fillery, 45, Ross Winter, 30, and Plamen Nguyen, 27, pleaded guilty in June to producing class B drugs and abstracting electricity to power the factory. Slavery charges were dropped against the three men despite investigators discovering four Vietnamese men locked inside the site with no access to keys. All four of the suspected slaves were offered 45 days of secure, sheltered accommodation and legal advice if they were assigned to the national referral mechanism, but they declined. Three were subsequently deported for immigration offences and the fourth has claimed asylum. On Friday (August 11) at Salisbury Crown Court, Fillery was sentenced to eight years in prison, while Winter and Nguyen were handed a five-year sentence. The Wiltshire bunker  built in the 1980s to protect government officials from a nuclear attack  was formally owned by the Ministry of Defence. Professional electricians were hired to wire an illegal connection to the mains supply to steal electricity, and a borehole was drilled to supply fresh water. Prosecuting, Charles Thomas said the farm was capable of producing £2 million worth of cannabis each year. A total of 4,400 plants were seized, of which 643kg had to be incinerated.