A bomb placed outside an officers home earlier this year was left by the same group behind an earlier attempted police murder, the Police Service of Northern Ireland (PSNI) has confirmed. 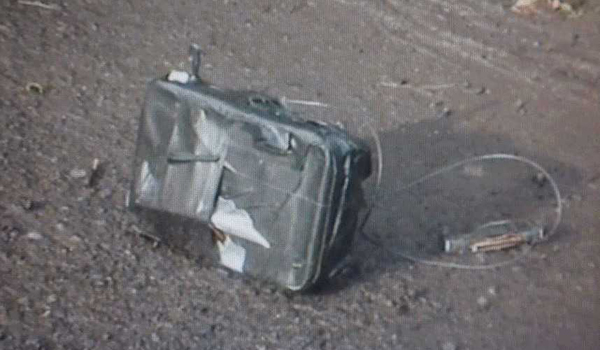 A bomb placed outside an officers home earlier this year was left by the same group behind an earlier attempted police murder, the Police Service of Northern Ireland (PSNI) has confirmed. A viable under vehicle improvised explosive device (UVIED) was placed under an officers car in Londonderry in February but failed to detonate. The bomb was discovered hours later on the driveway outside his house, and exploded while it was being examined. The attack has now been linked to an attempted ambush in 2014 when the New IRA tried to lure officers to a Ballyarnett Village property to kill them with explosives. At a press conference on Friday (September 1), Detective Superintendent John McVea confirmed the same kind of pressure plate device was used in both incidents. He said: These types of devices are designed to murder and seriously injure people. If this UVIED had exploded with our colleague and his young family in the car earlier this year it would have had devastating consequences. I am thankful this was not the case. However, I must emphasise that the violent dissident republicans who carried out this attack did indeed intend to kill him and didnt care that his children or partner could also have been in the vehicle with him at the time. I am also relieved that this small group of people, who have nothing to offer the communities they profess to be a part of, were unsuccessful when they tried to lure police into Ballyarnett Village three years ago. The PSNI has launched a fresh appeal for witnesses after information came to light regarding a vehicle that may have been used in the February attack. The force is seeking more details about a light-coloured car resembling a Toyota Avensis that was seen near the officers home. It also wants to hear from anyone who witnessed suspicious behaviour in Ballyarnett Village in 2014.