Police Scotland`s chief constable has had his special leave extended into a sixth month as misconduct investigations continue. 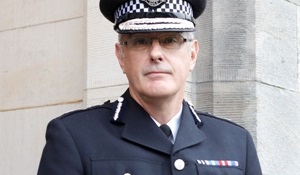 Police Scotland`s chief constable has had his special leave extended into a sixth month as misconduct investigations continue. On Friday (January 26) it was announced that Phil Gormley`s absence would last at least a further month. The Scottish Police Authority (SPA) confirmed the move two days after it emerged a seventh complaint has been made about Mr Gormley. The SPA board first considered a request from the chief constable for a temporary leave of absence on September 8 last year. This has been reviewed on a four-weekly basis and the latest extension  until February 23  means he will have been away from his role for 24 weeks. The SPAs Complaints and Conduct Committee was re-established on January 1 this year and was given delegated responsibility to take decisions on behalf of the authority. It met for the first time on January 15 to consider the chief constables case in relation to leave arrangements. The Police Investigations and Review Commissioner (Pirc) is currently investigating four complaints while three are being assessed internally. Mr Gormley has denied any wrongdoing. Justice Secretary Michael Matheson criticised the SPA over its decision to allow the chief constable to return to work, which was later reversed. Mr Gormley`s lawyers have accused Mr Matheson of making an “unlawful” intervention to block the chief constable`s return. But earlier this week,?new SPA chairwoman Susan Deacon backed the justice secretary in the ongoing row. In the latest twist on Thursday (January 25), former SPA chair Andrew Flanagan? claims to have been told by Justice Secretary Michael Matheson it would be bad decision to allow Mr Gormley to return to duty. Mr Gormley`s legal team has hit out at the “unnecessarily protracted process” and criticised the fact that the chief constable has yet to be interviewed, after he volunteered to step aside to allow the PIRC to secure evidence. A statement concluded: “The chief constable`s professional reputation, career and welfare have been eclipsed by a public battle of wills between the SPA and the Scottish government. “It demonstrates that the present system for investigating complaints against the chief constable is unworkable and requires a fundamental review. “It is hard to see how any fair process can now follow given such public disagreement.”