The tragic deaths of two police officers have triggered plans to empower the public to assist in delivering robust sentences for convicted terrorists. 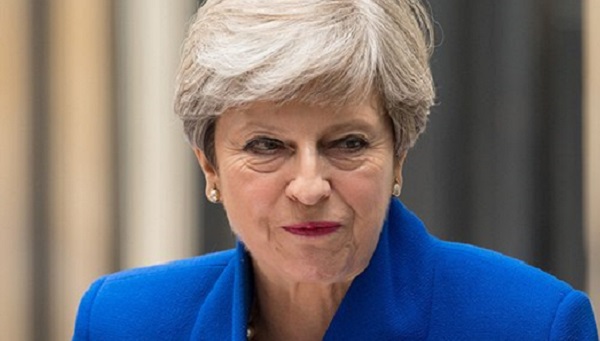 The tragic deaths of two police officers have triggered plans to empower the public to assist in delivering robust sentences for convicted terrorists. From next month, ministers will give anyone the right to ask for a review of punishments for those found guilty of certain terror-related offences. The Government is introducing an additional 19 offences to the Unduly Lenient Sentence (ULS) scheme under which victims of crime and members of the public can challenge sentences thought to be too soft. It is the first pledge in Theresa Mays promised fightback against extremism after she warned enough is enough in the wake of the terror atrocities across the UK that claimed dozens of lives including Westminster hero Police Constable Keith Palmer and off-duty Detective Constable Elaine McIver  one of 22 killed in the Manchester Arena suicide bomb outrage. The Prime Minister said the Governments priority was to review our counter-terrorism strategy to tackle the changing threat. The scheme gives anyone the power to ask the Attorney General to review a sentence and, where appropriate, the Attorney General can refer it to the Court of Appeal for reconsideration. Crimes including encouraging acts of terror, supporting extremist organisations, sharing terrorist propaganda, belonging to banned organisations or failing to disclose information about a terrorist attack will now be covered in the schemes increased range. Any sentence imposed on or after August 8 will be covered. It will not be applied retrospectively. Justice Minister Dominic Raab said: We want the most robust sentences for any terrorist crimes and for victims to have every opportunity to see justice delivered. Our action will reinforce our focus on deterring people who help radicalise terrorists, and punishing those who wilfully turn a blind eye to terrorist activity. Home Secretary Amber Rudd announced last year the Governments intention to extend the scope of the scheme so a broader range of terror sentences can be challenged  recognising the devastating impact terrorism has on victims and communities. In 2015, the Attorney General referred 136 cases to the Court of Appeal under the scheme, with the court increasing the sentences of 102 offenders. The Ministry of Justice said that while it is right that the public and victims have the right to request a review, this represents a small proportion of the 80,000 crown court cases heard each year and shows that the judiciary gets the vast majority of decisions right. Attorney-General Jeremy Wright, QC, said: The scheme allows victims of crime, their families and the public to request a sentence review if they feel it is too low. Widening the scheme to include terrorism offences will allow us to challenge more sentences and is a welcome first step to extending it even further. Crimes of this nature will not be tolerated in our society and those convicted of terrorism will receive the sentence they deserve. ULS FACTFILE  The ULS allows the Attorney Generals Office (AGO) to review sentences given by the Crown Court in England and Wales if asked to.  A request must be sent to the AGO within 28 days of the sentencing after which the AGO has 28 days to review a sentence and make a decision. Once reviewed the case may be sent to the Court of Appeal. The court then decides whether the sentence should stay the same or it is unreasonably low and increase it. The court can also refuse to hear a case.  The scheme will be extended to a raft of offences in the Terrorism Act 2000, the Anti-Terrorism, Crime and Security Act 2001, and the Terrorism Act 2006. These offences also cover a wide range of behaviour including: membership of banned organisations, fundraising terror, weapons training and publishing or communicating information about our armed forces.