A former officer and police and crime commissioner (PCC) candidate has been elected Ukips fourth leader in a year. 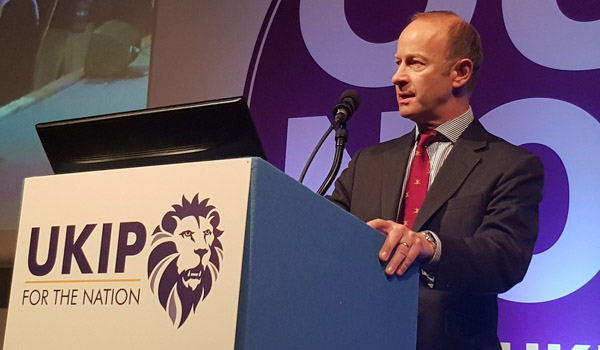 A former officer and police and crime commissioner (PCC) candidate has been elected Ukips fourth leader in a year. Henry Bolton was selected to lead the party with nearly 30 per cent of the vote at Ukips annual conference on Friday (September 29). Mr Bolton, who has served in the military as an infantry officer and tank crew member, unsuccessfully ran in the 2016 Kent PCC elections, losing out to Conservative candidate Matthew Scott. He also spent eight years with Thames Valley Police, during which time he received a bravery award. In 2013, he was presented with an OBE for services to international security and stabilisation. Mr Boltons election marks the third change in leadership for Ukip since former leader Nigel Farage stepped down in the wake of the Brexit referendum. Diane James was selected at the partys 2016 conference but resigned after just 18 days over differences with colleagues. A subsequent vote ended with Paul Nuttall in charge of the party, but his leadership saw Ukips vote share drop significantly in the 2017 General Election. Mr Bolton has already signalled his intention to take Ukip in a new direction. Addressing the conference, Mr Bolton told delegates: Brexit is our core task  but it is not the end of the line. Mr Farage, who acted as his referee, tweeted: I am delighted Henry Bolton has won the Ukip leadership election. He is a real man of substance.