UK denies loss of influence in security and defence after Brexit

The Government has reiterated its belief that all aspects of security arrangements with the European Union are still up for negotiation ahead of Brexit despite being accused of abandoning law enforcement cooperation in Europe. 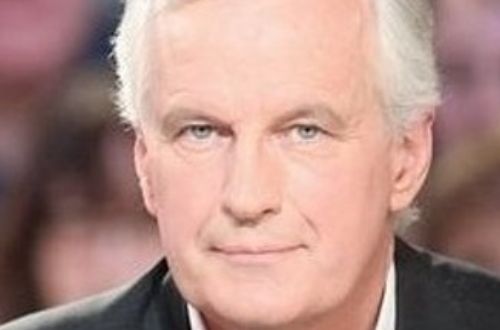 The Government has reiterated its belief that all aspects of security arrangements with the European Union are still up for negotiation ahead of Brexit despite being accused of abandoning law enforcement cooperation in Europe. The UK will no longer be a member of Europol after it leaves the EU the European Commissions chief negotiator Michel Barnier has stated. Outlining the consequences of exiting the EU, Mr Barnier insisted that the UKs decision to end 44 years of common history had come as a shock  which would impact on future cooperation. Speaking at a conference in Berlin, Mr Barnier said that the EUs defence and security union would be developed without the British as the UK after March 29, 2019 would be excluded from discussions on these issues. He said: We must draw the appropriate legal and operational conclusions from this, pointing out that the UK would miss out on EU defence minister meetings, the Political and Security Committee; no longer take command of EUled operations or lead EU battlegroups or be a member of the European Defence Agency or Europol. Mr Barnier added: The UK will no longer be involved in decision-making, nor in planning our defence and security instruments. Everything is the logical consequence of the sovereign choice made by the British. His remarks come in spite of assurances in September by Theresa May, vowing unconditional support for EU defence after Brexit and that the UKs role has never been more vital. The Prime Minister said the UK wanted a new relationship with Europol post-Brexit as well as retaining other EU security benefits such as the European Arrest Warrant and shared criminal databases. In the same month Home Secretary Amber Rudd also said she hoped a new legal framework could lock in British access to Europol, which shares criminal intelligence data between EU police forces. She stressed at the time: A new treaty would allow us to maintain and strengthen our current level of cooperation and provide a new legal framework to do this. It would mean we are able to respond to threats as they evolve, and would establish the way we can maintain crime-fighting  capabilities between the UK, the EU and its member states. Such a treaty would be in the interest of all parties. In response to Mr Barnier`s comments, the Government issued a statement on Thursday re-iterating the UKs unconditional commitment to continue to cooperate with the EU on security. The statement to Police Professional stressed the UKs intention to cover all aspects of our security relationship with the EU from foreign and defence policy, to law enforcement and criminal judicial cooperation. It read: We recently outlined proposals that set out our ambition for this future partnership, building on the already deep level of collaboration that exists with the EU. Both the UK and EU have made clear our shared commitment to continued cooperation to keep Europe safe  but the exact nature of this is subject to ongoing negotiations. In his speech, Mr Barnier also appeared to criticise the UK over a decision taken against the backdrop of a strategic repositioning by our American ally, which has gathered pace since the election of Donald Trump. He added: It was a decision that came after a series of attacks on European soil, committed by young people who grew up in Europe, in our countries. It was a decision that came six months after the French Minister of Defence issued a call for solidarity to all his European counterparts to join forces to fight the terrorism of Daesh. Never had the need to be together, to protect ourselves together, to act together been so strong, so manifest. Yet rather than stay shoulder to shoulder with the Union, the British chose to be on their own again. Labour has blamed the Governments “inflexible approach” for the UKs impending exit from Europol. Shadow Police Minister Louise Haigh said: This a huge blow which threatens vital natio