Two men have been sentenced for plotting to blow up a police recruitment evening at a Londonderry hotel. 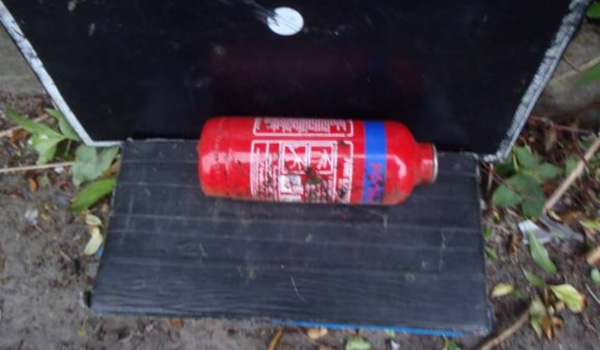 Two men have been sentenced for plotting to blow up a police recruitment evening at a Londonderry hotel. Darren Poleon and Brian Walsh packed a fire extinguisher with 1.5kg of explosives and stashed it in the grounds of the Waterfoot Hotel in October 2015. Evidence suggests Poleon had reserved a room at the venue, which the Police Service of Northern Ireland (PSNI) believes would have been an attempt to take the bomb inside. The pair was initially arrested on suspicion of going equipped for burglary after they were stopped for driving erratically, but were detained under anti-terror laws in December when Satnav evidence linked them to the scene. Earlier this year, they pleaded guilty to possession of explosives with intent to endanger life or cause serious injury to property and possession of articles for use in terrorism. On Thursday (September 21), they were sentenced to five years in custody and five years on licence. Detective Chief Inspector Gillian Kearney said: These two men planted a viable explosive device in the grounds of a hotel ahead of a PSNI recruitment event at the Waterfoot Hotel on October 9. Their intentioned was undoubtedly to murder and seriously injure people as well as to deter people from pursuing a career in policing. They had no regard for the safety of anyone staying in or visiting this popular hotel. Im thankful we were able to thwart their efforts as I have no doubt that if the device had exploded people would have been killed or at the very least seriously injured.