Huge national technology projects have advanced to the point that implementation could drown forces, but experts suggest forces can choose to get ahead of the approaching tide of reform. 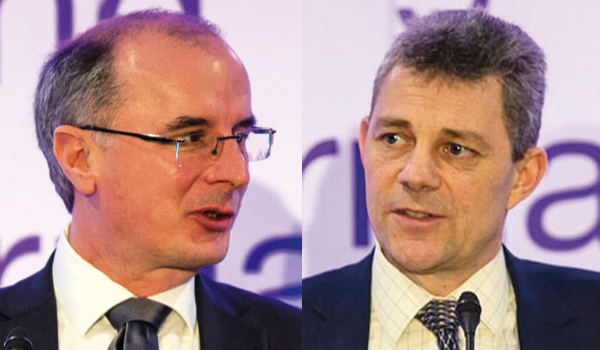 The Government has repeatedly made clear that it expects the police service to manage its own reform  however, this will not be entirely possible with ICT transformation. Policings technology landscape is about to become remarkably more complex as the 17 projects in the National Police Technology Portfolio move towards completion, five of which are being directly overseen by the Home Office. These five projects fall into two categories  Home Office Policing and Home Office Public Safety  and have the potential to revolutionise police technology. Although they have been underway for several years, most underwent significant changes in 2017 as they approached implementation. At the Police ICT conference in Leicestershire in January, delegates heard of the progress that has been made over the past year and were urged to start considering how they can make the most of the opportunities these programmes will present. These are opportunities to embed national data sets and assets into local applications and processes, said Dave France, director for crime, policing and fire group IT in the Home Office digital, data and technology function. They are about providing an opportunity to introduce business change into an organisation  or not, the choice is still down to local policing. Public Safety programmes The Home Office Public Safety portfolio holds perhaps the largest and most complex of the five projects. The Emergency Services Mobile Communications Programme will introduce the emergency services network (ESN)  the long-awaited replacement for the Airwave terrestrial trunked radio network system that the Government hopes will prove more robust and efficient. Significant progress has been made on upgrading the physical infrastructure required for the ESN in 2017. More than 90 per cent of necessary upgrades to network provider EEs services have been completed, 55 per cent of new sites have either been built or are under construction, and the coverage has improved dramatically. A contract for handheld devices has been issued to Samsung, and 4G to 4G messaging tests have been successfully completed. However, the ESN is not without its problems. A series of critical evaluations made clear the broad range of challenges facing the new service, key among which is the requirement for an effective voice service. The Home Office has recognised these issues and is still revising when full delivery will be achieved following a recent nine-month delay. However, it is estimated that the first network components will start coming into place towards the end of this year. In 2018, there will be work to look at how we re-factor the programme and how we roll out functionality, said Mr France, keeping key at the centre of our minds that the voice requirement for policing needs to be delivered at least as good if not better than the existing service. The second project in the portfolio will provide a replacement for the Police National Computer (PNC) and Police National Database (PND). The proposed national Law Enforcement Data Service (LEDS) will introduce direct access to new datasets, and users will be able to access combined data sources with just one search. It will also aim to make user interfaces more intuitive, be interoperable with other systems, and will be mobile ready, allowing officers easy access to essential information on the go. The LEDS is not expected to be fully introduced before 2020. However, in the past 12 months alone, it has been upgraded with person search functionality, and 42 forces have been provided with the PND intercept code, enabling the Home Office to redirect PND updates to LEDS as well as the existing database, removing the need to migrate masses of data. The major change in 2017 was the decision to use the Amazon Web Services (AWS) cloud-based storage solution as the LEDSs hosting environment, which has required the creation of 68 controls that must be applied to make it an acceptable home for police data. This year, the Home Office will work with