A highly manipulative man who dubbed himself 666devil has pleaded guilty to more than 130 charges including encouraging the rape of a four-year-old boy, in a landmark National Crime Agency (NCA) investigation. 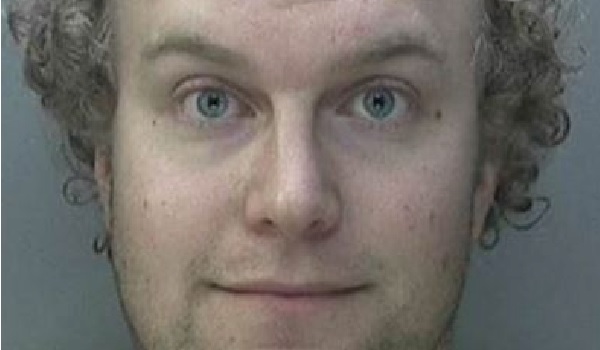 A highly manipulative man who dubbed himself 666devil has pleaded guilty to more than 130 charges including encouraging the rape of a four-year-old boy, in a landmark National Crime Agency (NCA) investigation. Dr Matthew Falder, 28, from Birmingham, appeared at Birmingham Crown Court on Monday (October 16) where he admitted 137 sexual offences. The case is the NCAs first prosecution for hurt core  material involving rape, murder, sadism, paedophilia, blackmail, humiliation and degradation. Falder targeted more than 50 victims  whose ages range from early teens to people in their 30s. He approached his victims on forums and mainstream online advertising sites such as Gumtree. He would also pose as a female artist and manipulate people into sending him naked or partially clothed images of themselves. Falder then blackmailed his victims into sending him increasingly severe and depraved abuse images using the threat of exposure, which he distributed on hurt core forums to humiliate and degrade them. Some of his victims were so traumatised they self-harmed or attempted suicide. He also covertly filmed adults when they were in the shower, installing hidden cameras in a variety of locations. Calling himself 666devil and evilmind, Falder used a range of anonymising techniques to share images and communicate with others on chat rooms while hiding his identity. A spokesperson for Gumtree said it supported the NCA during its two-year investigation into the Cheshire-born geophysicist, and would continue to work with investigators to eliminate this type of activity from our site. Falder, who was employed as a postdoctoral researcher at Birmingham University, was arrested at work on June 21 and charged three days later. He will be sentenced at Birmingham Crown Court on December 7. Senior Investigating Officer Matt Sutton said: In 30 years of law enforcement I have never come across such horrifying offending where the offenders sole aim was to cause such pain and distress. There are more than 50 victims in this case and I commend them for their bravery in helping us convict a truly evil offender. It has been an extremely complex investigation into a prolific online predator, who over several years believed he could evade law enforcement to sexually and sadistically exploit vulnerable victims. I urge anyone who is being abused online to talk to somebody, report it. There is help available. Ruona Iguyovwe, from the Crown Prosecution Services (CPSs) International Justice and Organised Crime Division, said: Matthew Falder is a highly manipulative individual who used his knowledge of computers and the internet to persuade dozens of young people to supply him with degrading images he could distribute online and subsequently use in blackmailing them. He clearly enjoyed humiliating his victims and the impact of his offending, which carried on over several years, has been significant. The CPS worked with the National Crime Agency and international partners from an early stage in order to gather compelling evidence against Falder and in the face of that evidence he has now pleaded guilty.