The threat that County Lines gangs pose to communities demands an urgent response from the service. Superintendent Martin Cleworth shares how his own force has overcome this issue using a resource that is often under-utilised. 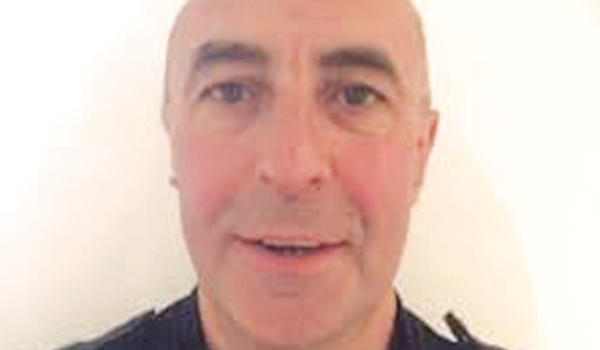 County Lines  a system of drug-dealing that sees gangs travel out of metropolitan areas to other parts of the country  is increasingly being recognised as a major safeguarding issue for policing. Across the country, young and vulnerable people are being exploited, either to sell drugs themselves or to use their houses as bases for the dealers` operations. The model also leads to significant disruption in otherwise quiet communities, as gang members enter disputes with local dealers and resort to violence to assert their authority. Given the level of harm it can cause, forces should be maximising their capability to deal with County Lines offending. According to Superintendent Martin Cleworth, firearms lead for the North West Regional Organised Crime Unit (TITAN), they already have a tool to facilitate this, but are not making the most of it. The nature of County Lines offending means that offenders will routinely travel long distances, passing multiple automatic numberplate recognition (ANPR) cameras that will capture detailed records of their movements. Through more sophisticated tactics in combination with other sources of intelligence, Supt Cleworth believes forces can use ANPR to take the fight to County Lines gangs. This tactic of ANPR delivery is much more than just a technological solution, he said. This is a tactical option that we need to use against organised crime, terrorism, safeguarding, child sexual exploitation, etc. I understand that with tight budgets we will have to compete against other agendas. They key point here is ANPR covers all those agendas. ANPR is about all those things, and is a vital tactical option. Despite County Lines gangs being mostly associated with London, the North West region has its own share of offenders travelling out of Merseyside to deal drugs in North Wales. This has recently led to a significant spike in violence on the North Wales coastline, and following two murder cases, TITAN was challenged to take action. As his force area of Cheshire sits between Merseyside and North Wales and offenders regularly travel through it, Supt Cleworth took responsibility for managing disruption of the local County Lines groups. The first stage of this process was holding intelligence review meetings to establish whether offenders were transporting substances in bulk and staying in North Wales for a few weeks at a time, or whether they were operating on a day-to-day-basis. Cheshire Constabulary found they were using the latter model; vehicles were moving out of deprived areas of Liverpool and transporting drugs to North Wales estates where they would be sold out of local safehouses before taking their money back home in the evening. Next, the force identified the specific vehicles being used. This was achieved through analysis of a combination of mobile phone and ANPR data  County Lines offending is closely tied to mobile phones, as drug users rely on them to contact the gang and gang members need to use them to manage a complex supply network. By looking at the movements of a phone each day, the team could comb through the number plates caught by ANPR cameras on that route and quickly pull out the suspect vehicles. Offenders travel patterns enabled the identification of potential chokepoints, locations covered by ANPR cameras that were also close to a junction, providing officers with an ideal place to intercept County Lines vehicles. Patrols were allocated to each location and officers briefed on which vehicles to look for and the likely tactics offenders would be using. They were told to use box-in stops as a preferred tactical pursuit and containment (TPAC) option, allowing them to potentially stop multiple vehicles at once and prevent a potentially dangerous pursuit from developing. The resource burden of the operation was shared between forces  for example, North Wales Police provided its armed response vehicles and Cheshire Constabulary contributed its taskforce capabilities  which helped ensure the entirety of one forces capability was