Transformation for a digital future

With the Emergency Service Network (ESN) switchover on the immediate horizon and digital evidence growing daily, there are already concerns that polices forces will soon be inundated by multimedia, both in the control room where emergency calls are handled, and in the investigative department. 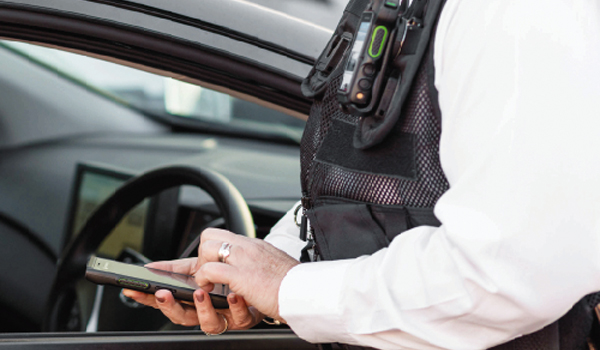 With the Emergency Service Network (ESN) switchover on the immediate horizon and digital evidence growing daily, there are already concerns that polices forces will soon be inundated by multimedia, both in the control room where emergency calls are handled, and in the investigative department. Technology will be key to helping forces manage the digital deluge while also leveraging information to its fullest potential to improve public safety and investigations, said Jamie Wilson, who is responsible for public safety marketing for NICE Systems throughout EMEA. Initiatives such as the Digital Policing Portfolio have set out a vision of digital transformation that will radically transform how police forces do their work. At a recent Digital Policing and ESN Readiness seminar hosted by NICE Systems, Jimmy Cockerton, police technology strategist at Microsoft Azure  cloud computing platform and services  warned that the amount of digital data created and stored by police forces will only continue to grow, as multimedia becomes ubiquitous. The question, he said, is how will police forces store all of this new data? The transition from filing cabinets to cloud storage is one that forces must embrace, said Mr Cockerton. He said as forces become inundated by video and other digital evidence, the process of saving this evidence to disk is only going to become more problematic. With the Government urging the public sector to put the cloud first, this would be an obvious answer. Mr Cockerton said there are clear benefits to storing digital evidence in the cloud, such as increased productivity and scalability, but he says the cloud can also help police forces become more modern, cost-effective and agile too. Cloud-based digital evidence management solutions also enable better collaboration between police and other public safety stakeholders, as information can be easily and securely shared, he added. Ultimately, Mr Cockerton says moving to cloud-based digital evidence management solutions will digitally transform the collection, analysis, and sharing of evidence, and this will have profound implications in terms of improving case solvability and investigative effectiveness. Andy Cunnah, innovation and business development manager at North Wales Police, also stressed that the need to reduce the paperwork burden on police forces could only be accomplished by moving to digital case files. The countdown to the ESN will also present digital challenges to control rooms, said Mr Wilson. Currently police, fire and ambulance communications in the UK are enabled through the Airwave radio system. But early next year the Government plans to start transitioning to the existing EE commercial 4G network and switch off Airwave, he explained. On the one hand, this will allow emergency services to access real-time information, send images and stream high-resolution video. On the other, it will add complexity as agencies ponder how to capture and store these new data sources. He said a smooth transition was clearly key to success. There will be points where the old and new networks will need to work alongside each another, and Darren Terry, NICEs public safety technical manager, emphasised the importance of managing these additional data sources and communication channels. With the onus now on emergency services to be operationally ready for the change, he says it is critical to start preparing now. Agencies need to think about how they will use the new data, such as body-worn video footage, GPS (global positioning system) data and SMS (short message service) media, said Mr Terry. For instance, will police officers recording an arrest on a body-worn camera live-stream the recording to nearby officers for assessment and support to save time? Can fire and rescue crews assessing burning buildings use digital blueprints and live helicopter camera footage to improve how they handle the situation?, he added. Mr Terry said it was important to start preparing for the tr