Thirty pounds for an attractive gravel drive that a seemingly kind and generous workman offers to produce using left over material seems like an excellent price and opportunity to embellish a home. But when the honest workman demands almost £1,000 he shows his true rogue trader colours and underlines a crime that Thames Valley Police are determined to tackle. Damian Small reports. 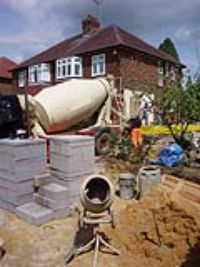 Thirty pounds for an attractive gravel drive that a seemingly kind and generous workman offers to produce using left over material seems like an excellent price and opportunity to embellish a home. But when the honest workman demands almost £1,000 he shows his true rogue trader colours and underlines a crime that Thames Valley Police are determined to tackle. Damian Small reports.

Six months ago, Thames Valley Police officer PC Matthew Leney began a one-year secondment to Oxfordshire Trading Standards. The combined expertise is helping to bridge the gap between the two organisations and bring rogue traders who prey on the vulnerable and elderly to justice.

By working closely with Trading Standards and bringing a policing perspective to operations he has helped improve the areas where response to incidents often fell between the two services.

Some issues can often go unseen by both organisations because each considers it to be the others area of responsibility, said PC Leney.

When attending a suspected case of rogue trading, the police may assume that the incident is a civil matter due to the difficulty in proving outright theft or fraud, for example. We have seen in the past that although a rogue trading offence had possibly taken place, the police would continually struggle to investigate the matter due to having no clear cause to make an arrest.

As a result of the grey area in between the two organisations, a number of suspected rogue traders were escaping justice.

One major problem, said PC Leney, is that investigating officers are not always fully aware of the legislation which underlines the laws relating to the practice of cold calling  a way in which rogue traders target their victims.

Laws that police officers can use to better target rogue traders were borne out of the rise in double-glazing salesmen during the 1980s, said PC Leney. During that time, incidents were occurring of individuals knowingly selling more products to customers than they required.

The Consumer Protection Regulations 1987 state that any sales person who offers work at the property of an individual at a fee of above £30, then a notice of seven days is required, where the individual/customer has the right to consider the sale before commitment to purchasing the service.

It is not exciting legislation, but failing to produce such a notice is a criminal offence and it provides a good starting block for tackling rogue traders, said PC Leney.

The joined-up approach is definitely bringing benefits to each organisation. When facing a possible incident of rogue trading, PC Leney can access the situation from a policing perspective and work with Trading Standards officers, who in turn inform him of their view of events.

Many rogue traders target the vulnerable and elderly communities, said PC Leney, with the three foremost areas of overcharging being for roofing work, gardening services and driveway gravelling.

If the police alone are called to a suspected rouge trading incident, officers would seek to investigate the incident further based on any evidence of theft or fraud. However, it is likely that the suspected rogue trader would have completed some degree of work at the property, leading officers to consider the incident a civil matter.

PC Leney said there are also times when Trading Standards officers are called to the scene and see a breach of consumer protection regulations as a matter for the police to investigate.

It is communication and cooperation between the police and Trading Standards that PC Leneys secondment has brought to the partnership.

Although communication was already well established between the two organisations, I believe Trading Standards officers are now more aware of the potential intelligence that a search of police databases can yield.

He added: With this secondment, I am able to run checks against police databases without the need for Trading Standards to fax for