Almost 300 newly passed drivers have been handed an automatic ban for using their mobile phones at the wheel, figures have revealed. 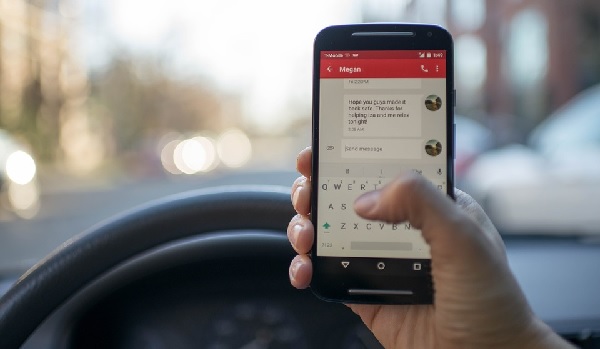 Almost 300 newly passed drivers have been handed an automatic ban for using their mobile phones at the wheel, figures have revealed. In March, the punishment for driving while using a phone was doubled to six points and a £200 fine  meaning those with less than two years experience face a ban. DVLA figures obtained via a Freedom of Information request reveal a total of 290 new UK motorists were banned from driving in their first six months since the change. And the number of drivers who received six penalty points for using a mobile phone increased by 3.4 per cent from the previous year. Between March and August, 15,752 motorists were caught on their phone at the wheel  compared to 15,237 during the same period in 2016. When the penalty was doubled in England, Scotland and Wales on March 1, Transport Secretary Chris Grayling said it would act as a strong deterrent to mobile phone users. New motorists who receive an automatic ban must retake both the theory and practical parts of the driving test to legally drive again. RAC road safety spokesperson Pete Williams said the figures were sad to see. “These people have spent hours and hours and hundreds of pounds learning to drive to gain their personal freedom only to throw it all away through this foolish behaviour, he added. “The only consolation is that they now won`t be involved in some horrific crash caused by the distraction of a handheld mobile phone. Chief Constable Anthony Bangham, lead for roads policing, said: “This is not a minor offence and is never a risk worth taking because a moment`s distraction behind the wheel can change lives forever. “Our message is simple – don`t do it.