The three-year backlog to examine digital devices, which includes child abuse imagery, is a “critical weakness” for An Garda Síochána, a Policing Authority report has said. 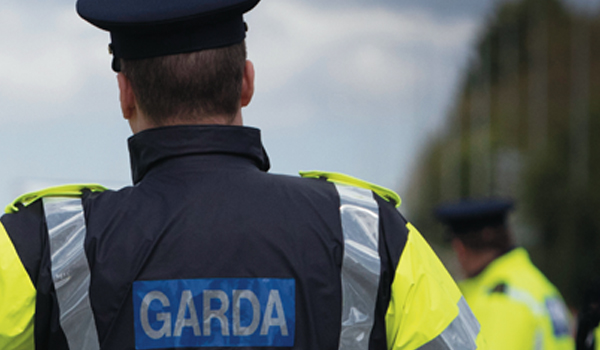 The Policing Authority said the continuing backlog to electronic devices following the seizure of items was an “enduring concern”.

It said this has an impact on the timelines of investigations, the potential identification of victims, and the journey of victims through the criminal justice system.

In its latest report, the Policing Authority said the three-year backlog is a “critical weakness” for An Garda Síochána, warning it has the potential to have “considerable impact” on investigations and individual victims and suspects.

“The increasing number of devices seized is a challenge to An Garda Síochána as it is to police services worldwide,” it added.

“Despite reported increases in productivity in terms of the triaging and analysing of devices, the backlog remains.

“The demands of modern policing are such that it is unlikely that the challenges around cyber and cyber enabled crime, which includes child sexual exploitation, are likely to abate.”

An Garda Síochána set targets in 2019 to slash waiting times to under 12 months, however, it has struggled to cut times.

The authority said that significant and immediate action is needed to meet the policing demands.

“Resourcing in this instance, as is the case across the organisation, may most suitably be the allocation of specialist Garda staff,” the report added.

The report also stated that Garda HQ targets to tackle organised and serious crime are split between on-target and at-risk.

It said that there continues to be “considerable success” achieved in responding to and disrupting organised crime groups (OCGs).

“In particular, there is sustained success in tackling OCGs engaged in the drugs trade with continued, positive medium-term trends in relation to the seizures of drugs, currency and firearms, and the reduction of threat-to-life incidents,” it added.

It said there were no threats to life in the first half of 2022, something it described as an “extraordinary marker of success” following recent years of garda community impact.

“This is a considerable achievement for An Garda Síochána given the scale of the organised crime issues faced by the organisation in the recent past,” the report stated.

“The continuing challenge for An Garda Síochána as a wider organisation is to increasingly align these successes with felt impacts at a community level and to enhance the protection of the community, in particular young people, from criminality, exploitation and intimidation.

“Beyond drug and drug-related crime, the response to organised and serious crime remains challenging for An Garda Síochána, most notably in respect of economic and cyber-crime which continue to see significant rises in prevalence.

“These matters predominantly relate to resourcing.”

It warned that the scale of growth in economic crime has placed a demand on the policing force that cannot be met by the current allocated resources.

“These are not new issues. Both the inadequacy of resources and the crime trends are long-term issues that pre-date the recent growth in economic and cyber-crime,” the authority added.

“A medium-term resourcing plan for economic crime, as required under the implementation plan arising from the Hamilton Review on economic crime and corruption, remains outstanding and is now a year overdue.”

Policing Authority chair Bob Collins commented: “In this assessment, the authority records its appreciation of the very significant policing successes in the first six months of 2022 and the very challenging circumstances that frequently confront Garda personnel in their work.

“Once again, however, it feels it necessary to draw attention to the continuing urgency of making and sustaining progress in the development of the organisational capacity of An Garda Síochána in areas that are vital to the quality of the policing service given to the public. These areas include human resources, workforce planning, training and development, and information and technology.

“These issues have been consistent subjects of attention since the establishment of the authority. They will continue to be highlighted – to the Commissioner and his colleagues, and also to the Minister and the Department of Justice – as they are foundational in any attempt to improve the quality of the service given to the people.”

The Assessment of Policing Performance is the latest in a series of bi-annual reports assessing n Garda Síochána performance.