Two forces have secured the first prosecution in the UK for exploitation and enforced child labour under the 2015 Modern Slavery Act. 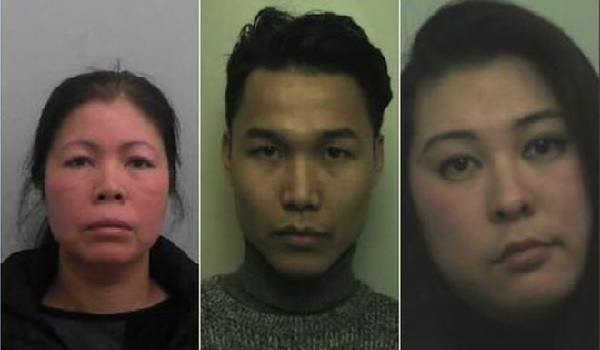 Two forces have secured the first prosecution in the UK for exploitation and enforced child labour under the 2015 Modern Slavery Act. Officers from Avon and Somerset Constabulary and Staffordshire Police unravelled the human trafficking operation which saw young Vietnamese girls forced to work for free at nail bars across the country. Viet Nguyen, 29,  known as Ken  and Thu Nguyen, 48,  known as Jenny  were jailed for four and five years respectively at Stafford Crown Court. Giang Tran  known as Susan  was handed a two-year suspended sentence. In December, the Metropolitan Police Service secured the UKs first county line prosecution under the Modern Slavery Act, whereas this is thought to be the first human trafficking conviction involving children. Four vulnerable Vietnamese teenagers  two 17-year-olds, one 18-year-old and one 16-year-old  were involved in the case. Sentencing, Judge Michael Chambers said the three offenders had exploited their victims due to pure economic greed on Tuesday (January 2). The investigation involved five police forces and the National Crime Agency and began in February after officers from Avon and Somerset Constabulary took part in a multi-agency welfare visit to Nail Deluxe in Bath  owned by Jenny. Two teenagers, aged 17 and 18, were found at the premises, and were placed in the care of social services. They later went missing and were traced to another nail bar in Burton upon Trent, where another two women, aged 16 and 17, were also being exploited. A search of Jennys home found £60,000 in cash, concealed inside a stuffed teddy bear. Detective Inspector Charlotte Tucker, who led the operation for Avon and Somerset Constabulary, said: Today marks the conclusion of a desperately sad case in which young vulnerable girls were forced to work in nail bars across the country as part of a sophisticated money-making operation. Two teenage victims were safeguarded following the warrant carried out on Nail Deluxe in Bath and a further two were located at a nail bar in Burton-on-Trent. These victims have had traumatic childhoods and were treated by traffickers as commodities – forced to live and work in unsuitable conditions, with little or no pay, and enduring both physical and verbal abuse. Were pleased with the custodial sentences given out today and hope this case acts as a stark reminder of how modern slavery victims are working and living in plain sight. As a community we need to look out for the warning signs and do our part to stop this archaic practice once and for all. Detective Inspector Clair Langley, of Staffordshire Police, added: These victims were being exploited and the speed with which they were moved around the country indicates the level of organisation here. This is the first successful prosecution for child labour exploitation and child trafficking under the Modern Slavery Act and we hope it sends out a clear message  we wont tolerate this activity and we will bring offenders before the courts. Recognition must be given to the police and prosecution teams involved across the UK regions to reach this successful outcome.