Three Gwent Police officers have been suspended over claims of misogyny, racism and homophobia. 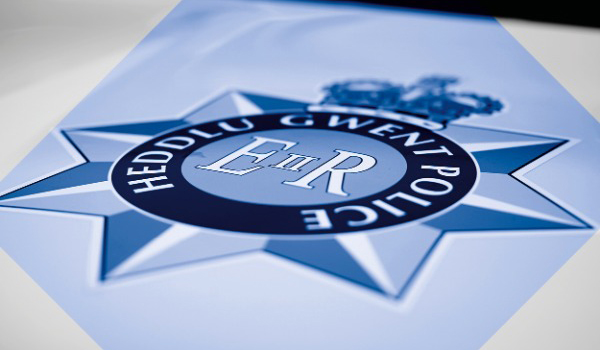 It comes after the Independent Office for Police Conduct (IOPC) launched an investigation into allegations of sharing offensive messages.

The IOPC the decision follows “careful assessment” of referrals and accompanying information from Gwent Police after details of messages on the phone of a now deceased police officer were published in The Sunday Times earlier this month.

“The messages publicised are of a racist, misogynistic and homophobic nature and some alluded to potential corruption,” said the IOPC.

“We have also considered referrals from Gwent Police and Wiltshire Police setting out a series of complaints from the family of former police sergeant Ricky Jones related to the force’s handling of its investigation into his death [in 2020] and officers’ contact with his relatives.

“We have decided these matters can continue to be investigated by a separate force, Wiltshire Police.

“The family will have a right of review to the IOPC if they are not satisfied with the findings and outcome of that investigation.

“Aspects of the family’s complaints that relate to the offensive phone messages discovered will be incorporated into the IOPC’s independent conduct investigation.”

As part of its investigation, the IOPC said it will consider whether conduct allegations concerning the phone messages should have been referred to it earlier.

IOPC Director for Wales, Catrin Evans, said: “I recognise that many people will find the messages aired in the public domain, apparently shared among police officers, highly disturbing.

“After publication of the national newspaper article, we formally wrote to the chief constable of Gwent Police requesting they provide us with information to establish the chain of events and decisions taken in relation to the family’s complaints, and any conduct matters. We had not previously received a referral from the force on any of these matters.

“On the basis of our assessment of the conduct referrals received so far, we have decided that an independent investigation is essential to maintain public confidence.

“We will be investigating the alleged involvement of a number of serving Gwent Police officers in sharing offensive messages.

“We will keep the involvement of any further serving and former officers under review as more information comes to light.

“We will need to progress a full download of data from the phone of Mr Ricky Jones. I would ask for patience while we undertake our inquiries as swiftly and thoroughly as possible.”

The IOPC said it received a referral from Gwent Police on November 15 concerning the family’s complaint and received three conduct referrals, on November 18, 19 and 23, relating to several serving and former officers identified as being involved in the phone messages.

In a statement, Gwent Police said: “The IOPC has today confirmed its role in investigating the conduct of serving officers following referrals from Gwent Police.

“We are committed to working with them to ensure a full and transparent process to tackle any unacceptable behaviour by officers.

“We have today (November 24) suspended three officers in relation to allegations of misconduct.

“Following allegations published in The Sunday Times on Sunday 13 and 20 November we have worked to identify the officers involved and to take appropriate action.

Our work to challenge any misconduct by serving officers continues.”