A terror attack remains a likely event and in the wake of recent events in the UK and Europe all eyes are peeled to spot the signs of the next incident. Scientists believe law enforcement is ill-equipped to do so and are trying to understand how this difficult task can be improved. 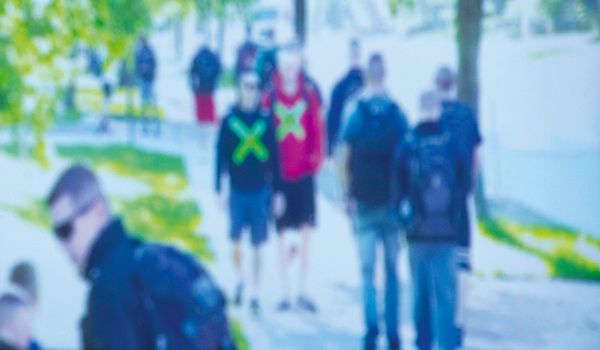 With a spate of terrorist incidents at popular tourist spots, bombings at concert venues and attacks at airports and other transportation facilities, the ability of police officers, security guards and military personnel to detect potential threats has never been of greater importance. However, new research from Iowa State University, published this week in the journal Law and Human Behaviour, suggests the likelihood of a police officer identifying someone concealing a gun or bomb is only slightly better than chance. Furthermore, the more experience a police officer has, the less accurate his or her predictions are likely to be. The study was conducted by Dawn Sweet, an adjunct assistant professor of communication studies and psychology at Iowa State University. She said her findings do not point to weaknesses in the officers abilities, but rather highlights the need for better research and training. We expect police officers to do something that is very difficult and challenging without giving them the tools they need to do the job, Professor Sweet said. The training officers receive is not research based, but based on anecdotes and cues that we dont know to be reliable. There needs to be evidence these cues work, and we lack that evidence. To address this, Professor Sweet and Christian Meissner, a professor of psychology, designed the first-ever experimental study of threat detection. By replicating how people behave when concealing a weapon or other item, researchers assessed detection accuracy and recorded behavioural cues that the study participants used to make their decisions. The work is ongoing with the goal of developing a standardised approach to evaluating behaviours that predict if someone is concealing a weapon or dangerous device, and therefore poses a threat. The two professors believe there is ample evidence to show that existing threat detection techniques are simply not working. They point to a recent report from the US Government Accountability Office that found indicators the Transportation Security Administration was using were ineffective at detecting airport security threats. The main problem, according to Professor Sweet, is that there is no definitive cue of concealment, and several variables can complicate the issue. Context is important because behaviours vary depending on the situation. For example, a person trying to sneak a bottle of vodka into a concert or sporting event will act very differently to a person carrying a bomb in a backpack. Professor Meissner, who also studies interrogation techniques, said this means officers cannot rely solely on behavioural cues. We want investigators to identify those aberrant behaviours with the understanding that such behaviours may not automatically signal a threat. Using strategic interview techniques, the officer can engage the person to better understand the situation, he said. In many situations, simple questioning would lead the officer or investigator to understand the root cause of the unusual behaviour or anxiety. For the purposes of the study, Professor Sweet and Professor Meissner recorded videos of three different scenarios to replicate behaviour when a person is hiding a gun or an explosive device in a backpack. The researchers recruited police officers and university students to take part in the study for comparison. In all three scenarios, the police officers had a similar accuracy rate as the students. The first experiment used videos of a man walking into a courthouse. Study participants had to determine if the man had a gun. They were also asked to list indicators about the mans behaviour used to make their decision. Overall, both groups performed greater than chance. However, accuracy was higher identifying when the man did not have a gun. The rate of accuracy was much lower when the man was concealing. For the second test, participants watched several videos of three men walking through a crowd and were asked to decide if one of the men was concealing a device in his