Lawyers are calling for urgent action to avoid miscarriages of justice after another rape case collapsed because key evidence was not disclosed by police officers. 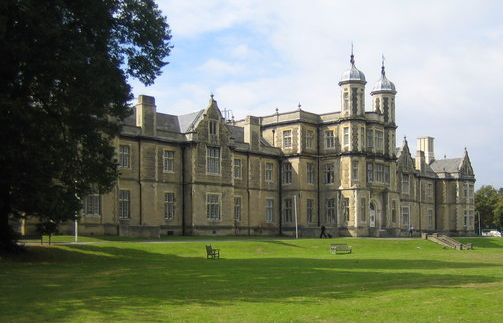 Lawyers are calling for urgent action to avoid miscarriages of justice after another rape case collapsed because key evidence was not disclosed by police officers. Defendant Samson Makele, 28, feared being deported to Eritrea if he was found guilty of raping a woman he met at Notting Hill Carnival, Snaresbrook Crown Court heard. But the Crown Prosecution Service (CPS) halted its case four days before he was due to go on trial after Mr Makeles lawyers presented photos showing him and the complainant cuddling and smiling in bed.? The 35-year-old woman told Metropolitan Police Service (MPS) officers that Mr Makele raped her and prevented her from leaving his flat in August 2016. She said she only managed to escape after he fell asleep, but the photographs undermined her account. Mr Makele consistently denied the charge and said sex with the woman was consensual, but an initial request to see the photographs was turned down. Investigators from the MPS did not find the images, which were discovered when the accuseds defence hired an independent forensic expert. Paris Theodorou, Mr Makeles solicitor, said prosecutors told his team that apart from selected text messages nothing else on the defendants phone could be disclosed. So we got the telephone and commissioned our own forensic download, he said. After being sent more than a dozen photographs, showing Mr Makele and the complainant naked, smiling and snuggling together in bed, the CPS announced it would offer no evidence against him. Prosecutors formally dropped the case at a pre-trial review hearing on Monday (January 15), because there was no longer a realistic prospect of conviction. Mr Makele said he was relieved but described the effect the 18-month ordeal had, adding: I cannot sleep, I cant go anywhere, even for a day. As a suspected rapist he had been subject to restrictive bail conditions including a curfew and the seizure of his passport and travel documents. It was a huge restriction of his liberty, Mr Theodorou said. Not only could he potentially go to prison but he could have been deported to Eritrea. Mr Theodorou said an error in judgment or an inaccuracy in unveiling evidence, could cause “irreparable damage”, adding: “Mr?Makele doesn`t know whether failure to obtain the photographs by the police was an oversight or an act of sheer incompetence. “Either way, his life has been intolerable and traumatic while he waited for the truth to emerge. “It is clearly vital that criminal defence solicitors are tech savvy enough to conduct their own analysis in parallel to those undertaken by the police.” It is one of at least five sexual offence cases  including three involving rape  that have fallen through in the past month because of the failure to disclose key evidence. Some have seen officers download the contents of complainants phones but fail to pass on the full information they contained to the prosecution or defence, while others have involved other evidence including CCTV. Last month, the MPS promised to review all its sex crime investigations after two rape trials collapsed in a week. Both cases involved the same investigating officer, and the detective remains on full duty in the sexual offences investigation unit, the MPS said. The force has confirmed every live case, where it is in discussion with the CPS, will be examined. This is understood to involve an estimated 30 rape cases due to be heard in court and scores more investigations. In one rape case, Liam Allans alleged victim had told friends she wanted and enjoyed sex she later reported as rape, it emerged, while Isaac Itiary had been charged with the statutory rape of a 14-year-old girl but messages showed she had claimed she was 19. Weeks later,?judges overturned a rape conviction?after new Facebook messages emerged supporting his claim the sex in question was consensual. Danny Kay had been in prison for four years by the time his defence lawyers unco