The sky is falling

Ian MacDonald assesses the discussions on emergency services collaboration in light of the Grenfell fire disaster and possible implications for accountability. 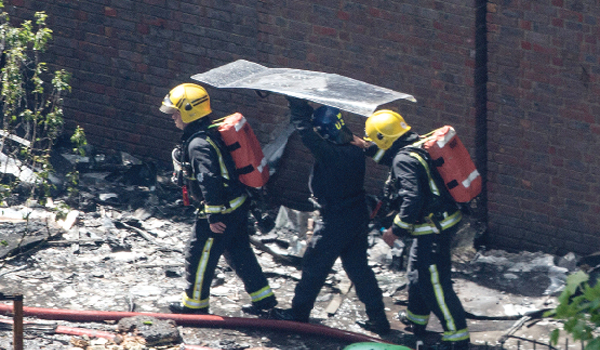 The Hillsborough disaster did not start when a gate was opened, and the Grenfell Towers tragedy did not begin when a fridge exploded. Both started with poor planning and lax scrutiny, essential ingredients in any calamity. It has taken 30 years to bring criminal charges for Hillsborough, and as calls for prosecutions for corporate manslaughter are voiced with regard to Grenfell, we must ensure that the judicial system has learned from what has gone before. The building industry clearly has not. A series of fires in blocks of flats have prompted inquiries that have delivered recommendations that have been ignored. These include those made in April and May, as the?London Fire Brigade?warned councils about the dangers of flames spreading on external cladding panels on tall buildings. This followed an investigation into a chillingly similar tower block blaze that started in a tumble dryer in Shepherds Bush in August last year. Former housing minister Gavin Barwell is under scrutiny after it was revealed?he allegedly sat on?a report warning of fire safety risks in tower blocks. If it is of any consolation to him he will not be alone. It would appear that very little has been done by anyone despite these warnings, and lapses between recommendations and actions have potentially cost lives and caused injuries, trauma, alienation, hostility and damage. Of the 600 social housing high rise blocks of flats believed to have cladding similar to Grenfell, the first 120 or so examined have failed safety tests. The residents at Grenfell had complained in vain that the building was a firetrap, and their flats had no sprinklers. The tower`s aluminium cladding was banned in the US and Australia, and classed as flammable in Germany. The installation of a fire resistant alternative would have cost, according to various estimates, between £5,000 and £293,000 more. Neither level of saving sounds like a bargain now. Despite the urgency and seriousness of these findings, local authorities have been criticised for the tardiness of their response. Nine hospital trusts have also used building materials similar to those that may have helped spread the Grenfell fire. It is strange and worrying to hear that hospitals are unsafe, we generally cling to the hope that we will leave in better condition than when we entered. As the press continues its search for scapegoats, successive Labour and Conservative governments have been blamed, and Nicholas Paget-Brown, leader of the Kensington and Chelsea Borough Council, is one of a number of officials who have stepped down from their roles. Mr Paget-Brown decided to cancel a public meeting on?the disaster?because journalists would be present, and because it might turn violent. Other senior officials involved in the tragedy have also stood down, but Hillsborough indicates that they will remain involved for years to come. Mr Paget-Brown said:  I have to accept my share of responsibility for these perceived failings This is a choice of words that he may live to regret. What does it take for these failings to be unequivocal? Robert Black, the head of Kensington & Chelsea Tenant Management Organisation (KCTMO), the blocks facilities manager, has also stepped down to concentrate on assisting with the investigation and inquiry. This will prove a full time job for some time to come. Moving back up the pecking order, Foreign Secretary?Boris Johnson?has been challenged over?his decision, while merely Mayor of London, to renege on his previous promises and reduce the citys fire service through the?closure of ten stations and the removal of 27 engines. Although fire crews were quick to arrive at the scene of the Grenfell fire (within an incredible three minutes), response times in the capital?have declined at about the same rate as the cuts  around 30 per cent. Yet this is not the issue, for swift responses to disasters are dangerous, and can never be absolutely successful. A fire in a flat can become an inferno in a poorly built block in five or six minutes. It is better