Marie Clutterbuck explains how real-time video linked to facial recognition technology has the potential to help forces move from working reactively to proactively. 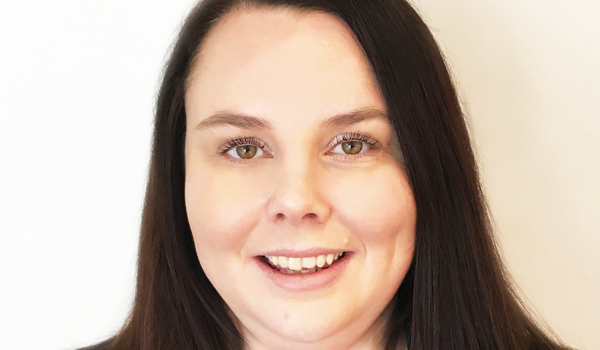 Marie Clutterbuck explains how real-time video linked to facial recognition technology has the potential to help forces move from working reactively to proactively. In 2017, the Police Superintendents Association of England and Wales said that todays police forces were overworked and overstretched due to staff cuts, new threats and a 13 per cent rise in crime in general. Arguably, the most abhorrent issue affecting police has been the growth of terrorism, with Andrew Parker, Director-General of MI5, saying that terror is  at the highest tempo [he has] seen in [his] 34-year career. He went on to argue that today there is more terrorist activity, coming at us more quickly, and it can be harder to detect. As well as terrorism, reports in December claimed that 2017 was likely to see the most acid attacks on record in the UK, with more than 400 incidents taking place from January to April alone. It is safe to say that our hard-working police forces need all the help they can get and that some of this assistance can be granted via the smart application of innovative, new technology. A device that previously revolutionised the process of evidence collection was the video camera. The prevalence of CCTV, police dashcams, body-worn video (BWV) cameras and even mobile phone footage has vastly increased the polices ability to establish exactly what took place. However, using a video camera simply to record video has limited uses. As any police officer knows, these devices are currently only being used to allocate liability after a crime has taken place  they are not actively helping officers on the ground. What would be more helpful is a camera that can stream live video from anywhere to anywhere  this has the potential to help forces move from working reactively to proactively. Because of todays crime landscape this is more important than ever, as proactive policing can be one of the only things standing in the way of large numbers of people losing their lives as a result of criminal acts such as terror and acid attacks. Logistical challenge of live streaming video Live streaming video from CCTV, BWV cameras, dashcams and mobile phone cameras can have a variety of uses. For example, if an incident such as a terror attack or violent crime occurs, having cameras on a rapid response vehicle, which are easy to access by the police command team, allows them to take more informed operational decisions, such as what level of extra support may be needed or what additional emergency services are required. As well as this, live streaming BWV cameras on officers gives local and remote command teams the ability to view what is happening on the ground. They can also determine which additional actions need to be taken and when to withdraw if dangers start to exceed acceptable risk. Live streaming video from CCTV cameras, or even vehicles, could also help heighten the efficiency and flow of a smart city, which will also lessen the workload for police. For example, if a traffic incident was identified, vehicles could be diverted in real-time by electronic signage to reduce congestion at the scene of the accident. However, streaming live video from a camera that is not connected to an infrastructure via costly fibre optic cabling has proven challenging for security professionals, law enforcement and city planners alike. This is because it is not viable to transmit video reliably over cellular networks, in contrast to simply receiving it. Transmitting video normally results in freezing and buffering issues, which can hinder efforts to fight crime and enable flow within a city, as these services require real-time, zero latency video without delays. Therefore, special technology is required that copes with poor and varying bandwidths to allow a real-time view of any scene where cameras are present to support immediate law enforcement decision-making and smart city processes. There are many approaches to transmitting video over cellular. We have developed a specialist codec (en