The cost of service

Craig Mackey explains how the Metropolitan Police Service gained a greater understanding of the price paid to fulfil front and back office functions as it developed a radical, modern approach to cope with funding cuts. 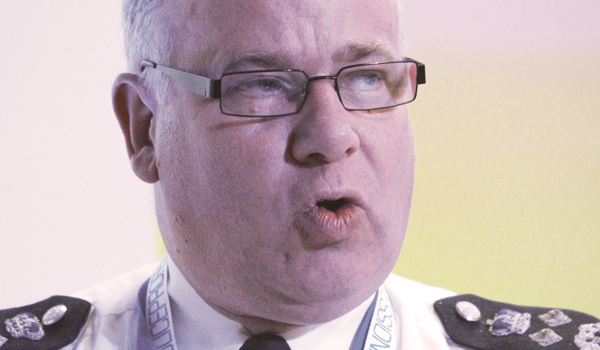 Despite their obvious negative impacts, the cuts to funding since 2010 have also prompted forces to develop some truly innovative ways of working. The rollout of mobile devices has enabled officers to spend more time in communities, forces are increasingly engaging with the public online, and joint approaches to ICT are simplifying the sharing of information across vast areas. Having to plan for a series of major events in 2012, including the London Olympics and the Queens Jubilee celebrations, meant the Metropolitan Police Services (MPS) transformation process began slightly later than those of other forces. Its early efforts also took a different approach to the rest of the service, focusing on middle to back office transformation. However, the results of this work are some creative reforms that could make a real difference to forces struggling to cope with rising demand. Compared with other forces, the MPS has been accused of having it easy in regard to its financial situation. Despite making £600 million in savings since 2010 and having to find another £400 million over the next four years, it has managed to effectively maintain officer numbers at around 32,000 while other forces have made significant cuts. Even if numbers fall to 27,500, as Mayor of London Sadiq Khan predicts, the loss will still be far smaller than in other parts of the country. However, this frontline presence has largely been maintained by severe cuts to other parts of the organisation. According to Deputy Commissioner Craig Mackey, the MPS has lost eight per cent of its paid workforce, compared with the national average of nine per cent, but the majority of these cuts have been focused on staff and police community support officer roles. The force has also sold off large swathes of its estate, including the former Scotland Yard building, and these reductions are set to continue as Mr Khan announced plans to close a further 37 front counters last week, leaving just one 24/7 hub in most of Londons boroughs. Making cuts of this scale has required the MPS to adopt a new approach to provision of backroom services. A number of core functions, including human resources, finance and procurement, are now being completed outside the capital in locations in the North East and South Wales. This decision has enabled the force to exploit cheaper property costs, and increasingly draw on the expertise of other forces or third-sector partners that have developed more efficient ways of delivering these important areas of policing. The scale of this change can be seen in the differences between the former Scotland Yard site and its new location on the Victoria Embankment; whereas the old building covered 1.72 acres of floor space and had room for 1,700 workstations, the MPSs new headquarters is just a fraction of the size and features just 400 desk spaces. Mr Mackey believes that as time goes on, this remote service provision model will be increasingly used to enable even further savings. Lets take something like provision of your custody, he told the Excellence in Policing conference in Ryton-on-Dunsmore last month. Do you consider being able to deliver it as a core element of your organisation? Could someone else deliver it to you differently? Could the neighbouring force, which delivers it for a third of the cost, help you in that? If yes, how do we deliver it? How many of our services are truly location specific? For example, could we deliver call handling for the whole of the midlands from Devon and Cornwall, where the unit cost may be cheaper and where there may be a more stable workforce? Could we do it differently? We have to challenge ourselves to think about how we conduct those services and what we do. The changes to staff location represent just a small part of the way the MPS has been trying to deliver services differently. For example, the forces previous arrangements for managing its large estate required complicated contracts with global organisations. It has now moved to a model where it u