The case for blockchain technology

The Dutch Ministry of Justice is to launch a pilot for blockchain-based digital law that it claims will save the police and the courts time by digitising parts of the prosecution process. Blockchain technology  which underpins electronic currencies such as bitcoin  is being heralded as the next chapter of the information and network society and is perceived to have an enormous impact on the economy, trade and the public sector. 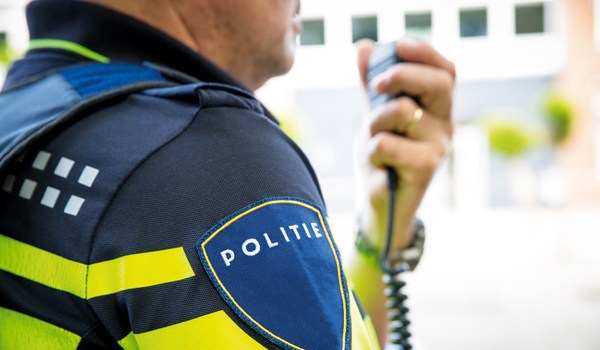 A blockchain is an example of distributed ledger technology (DLT) and is essentially a database where information is chronologically stored in a continuously growing chain of updated data blocks, implemented in a decentralised network in a way that creates data integrity, trust and security without the need for a central authority. Everyone who subscribes to the blockchain gets a permanent record of every transaction. Once an entry is written to the blockchain, it cannot be altered by anyone, and everyone can see when and by whom it was added. Paul Kennedy, an independent consultant in support of digital transformation across policing in the UK, has already said that forces must have their antennae on emerging technologies such as this and open the door wide to innovation (see PP588). The UK Government Office for Science believes blockchain technology provides the framework for government to reduce fraud, corruption, error and the cost of paper-intensive processes, and has the potential to redefine the relationship between government and the citizen in terms of data sharing, transparency and trust. The Ministry of Justice (MoJ), for example, is examining how DLT could be used to verify the integrity of digital evidence, such as documents, emails and video footage, as it becomes more and more important in criminal prosecutions. Al Davidson, technical architecture lead at MoJ Digital, explained: Consider a near future in which every police officer carries a video camera that records evidence throughout their shift. If this were rolled out nationally, this could easily produce around a petabyte (more than 1,000 terabytes) of data per day. All this data would need to be stored, managed, catalogued, and made retrievable. In a world where the majority of people have high-quality video editing software available on their phone, maintaining trust in the integrity of this data is a complex and extremely important problem. Mr Davidson believes this is where DLT could help. Imagine that at the end of their shift, each officer plugs their video camera into a device which splits the recorded footage into small chunks  say ten minutes per chunk  and uploads each chunk to a secure cloud service, he said in his latest blog post for MoJ Digital. This service performs several functions, explained Mr Davidson: Provides secure cloud storage and controlled access; Records metadata about each clip  which device it was from, where and when it was shot, etc; Calculates a hash of the clip and of the metadata (a hash is a mathematical function that generates a unique value of a known small size, for any size input  they are often used to fingerprint data, as changing even one byte of the data would produce a different hash); and Records the hashes of the clip and its metadata onto a blockchain (the clip itself would not be on the blockchain, just a hash of its data and metadata, including a pointer to its location in the secure storage service). The blockchain in this case would be readable by anyone, anywhere, but only writable by the police (although it could conceivably be opened up to other sources of evidence). This would provide a verifiable record that this video data was uploaded from this device at this time, explained Mr Davidson. If that chunk of video were needed in court, it could be unambiguously, cryptographically verified that the video seen in court is exactly identical to that particular chunk recorded at that time, and has not been altered or processed in any way. As the blockchain is distributed, append-only, and near real-time, even the most ardent conspiracy theorists could verify for themselves that the evidence has not been tampered with  there could be no possibility of records being falsified after the fact without detection. Removing barriers Such benefits have already been identified by international law enforcement agencies. The Australian Transaction Reports and Analysis Centre (AUSTRAC) and The Australian Criminal Int