The government can no longer fail to act on funding families at inquests, says chief coroner

The Chief Coroner of England and Wales has called for a change in the law to redress inequality of arms that prevents bereaved relatives from being granted legal aid at inquests in which the Government pays for lawyers to represent police officers and other state employees. 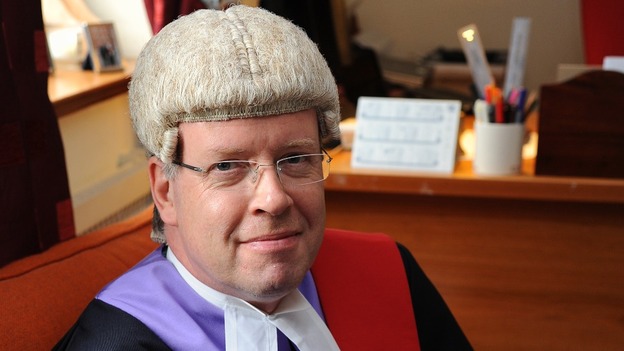 The Chief Coroner of England and Wales has called for a change in the law to redress inequality of arms that prevents bereaved relatives from being granted legal aid at inquests in which the Government pays for lawyers to represent police officers and other state employees. Judge Mark Lucrafts recommendation  in his first annual report  is being seen as applying further pressure to grant special funding to families seeking justice in cases such as deaths in police custody, in prison or while waiting for an ambulance. Among his proposals, Judge Lucrafts report, published last week, wants the Lord Chancellor, David Lidington, to consider amending the exceptional funding guidance (inquests) so as to provide for legal representation for the family where the state has agreed to provide separate representation for one or more interested persons. The chief coroner noted that in a small number of inquests the family of the deceased wish to have representation but do not have the means to pay for it themselves and are unable to obtain legal aid funding.? In some cases, one or more of the agencies present such as the police, the prison service or ambulance service, may be separately represented, he explained. In some of these cases, individual agents of the state such as named police officers may also be separately represented.? While all of these individuals or agencies may be legally represented with funding from the state, the state may provide no funding for representation for the family. The inequality of arms may be unfair or may appear to be unfair to the family, Judge Lucraft observed. It may also mean that the coroner has to give special assistance to the family which may itself give the appearance of being unfair to others. Deborah Coles, the executive director of the charity Inquest, which supports relatives at coroners courts, welcomed the report. The new chief coroner has supported the call for legal aid, she said. We now have unequivocal evidence that this needs to happen. The Government can no longer fail to act.? We have had?former chief coroners, the Angiolini report into deaths in police custody?and the report by the chair of the Hillsborough Independent Panel all calling for bereaved families to have legal representation in deaths related to the state or its agencies. Its now time for the Government to make this a political priority. Access to justice should not be determined by your financial situation. These families perform a public service in scrutinising the deaths that have occurred. Its for the benefit of all of us. The Government has previously argued?that the relative informality of inquests and their inquisitorial, as opposed to adversarial, nature does not, save in exceptional cases, require bereaved families to be legally represented. Judge Lucraft took over from Peter Thornton in October 2016 as Chief Coroner of England and Wales for a three year term.