An officer has failed in her attempt to stop a case linked to the death of a man in a single punch attack going to trial before a jury. 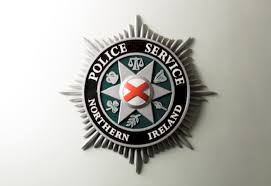 An officer has failed in her attempt to stop a case linked to the death of a man in a single punch attack going to trial before a jury. Lawyers acting for Detective Sergeant Cathy Thompson moved a `no bill` application before Judge Philip Babington at Derry Crown Court earlier this month. Det Sgt Thompson, 34, has been suspended from her duties since the incident took place. The Police Service of Northern Ireland (PSNI) officer faces two charges of sending text messages with intent to pervert the course of justice. The victim, 28-year-old James McDonagh from Castledawson in Northern Ireland, died in hospital from brain injuries he sustained in the attack in the car park of the Elk Inn, Toome, on January 10 last year. Finbar McCoy, 25, from Toomebridge, has been charged with the manslaughter of Mr McDonagh. In his reserved judgement on Thursday (September 21), Judge Babington said while there was insufficient evidence in relation to one of the charges, there was more than sufficient evidence in relation to the second charge. Judge Babington granted the `no bill` application in relation to a text message sent by the defendant to Ciara McCoy, with whom she was in a relationship at the time of Mr McDonagh`s death. He said the text message sent by the defendant which stated “tell him to behave and say nothing” did not contain enough evidence to proceed to a trial. However Judge Babington said the second text message, which stated “Yeah don`t have anything in the house u shouldn`t have as they will land to arrest him. They will then search the whole house for clothing, XXXXX” contained, given the defendant`s position as a detective sergeant and her obvious knowledge of police methodology and forensic matters, sufficient evidence to put before a jury. Judge Babington said much of the background relating to the alleged offences was not in dispute. “On the night of January 9, 2016 a retirement dinner was being held for Finbar McCoy Senior at the Elk Inn which is situated just outside Toome. It seems that in the early hours of the following day at the Elk Inn there was a dispute which escalated into a fight between members of the McCoy family and members of the travelling community. It appears that a fight broke out and some hours following the fight a man called James McDonagh, who had received a head injury, sadly passed away. “The defendant was present at the retirement dinner but was not present during the ensuing disturbance and fight. She is the girlfriend of the sister of Finbar McCoy Junior who has now been charged with the manslaughter of James McDonagh. His sister is Ciara McCoy. The defendant is a member of the PSNI having the rank of temporary detective sergeant at the time of this incident”, Judge Babington said. “Suffice to say I am satisfied that the actions alleged by the defendant on both counts could potentially be matters which pervert the course of justice”, he added. The case will be reviewed on October 19 and the defendant was released on continuing bail until her trial starts at Derry Crown Court in December.